The International Influences of Buffalo Furniture 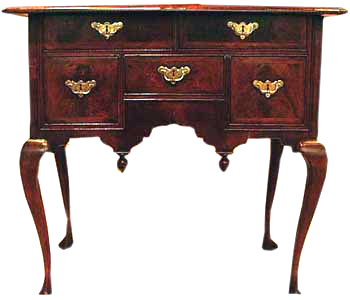 The Grace of Queen Anne Furniture 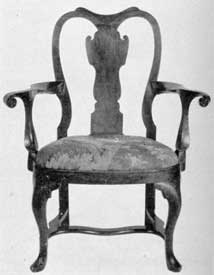 This article addresses the popularity of Queen Anne furniture in America in the first half of the 18th century, noting the major differences in design between the American and English styles. It originally appeared in the October 1939 issue…  Read more »

George Washington and His Presidential Furniture 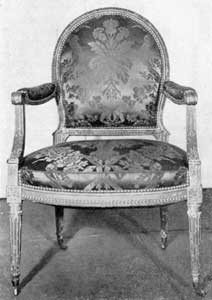 This article details the furniture items used by George Washington, from the elaborate furnishings chosen for him by Lady Kitty Duer and Mrs. Osgood to the desk he chose himself. It originally appeared in the February 1941 issue of American…  Read more » 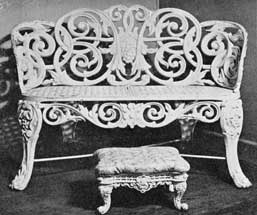 This article notes the popularity of cast-iron in the 19th century, describing the wide variety of items that were made of the material. It originally appeared in the July 1944 issue of American Collector magazine, a publication which ran f…  Read more »

The Sandersons and Salem Furniture 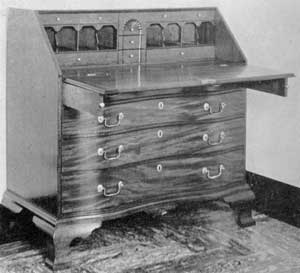 This article, originally published in two parts, discusses the history of notable yet under-recognized cabinetmakers from Salem, also noting the economic history and community of craftsmen in the city. Part Two focuses on Elijah and Jacob S…  Read more » 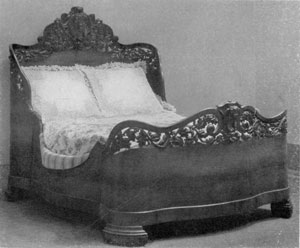 This article discusses the styles and influences of Victorian furniture, as well as acknowledging the notable cabinetmakers of the period and the materials that were used. It originally appeared in the March 1943 issue of American Collector…  Read more » 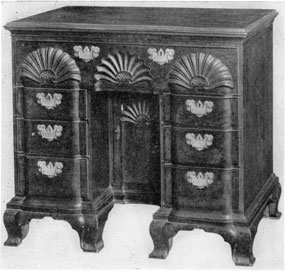 This article describes furniture with a functional design – that is, furniture with multiple uses, such as a settee that doubles as a table or a library chair that unfolds, revealing a step-ladder to be used to reach a book on a high shelf.…  Read more »

This article discusses the life and craft of Jacob Bachman and his family and compares his work to that made by other notable craftsmen in the 16th and 17th centuries. It originally appeared in the October 1945 issue of American Collector m…  Read more »

Chippendale Designs as Reflected in English and American Furniture 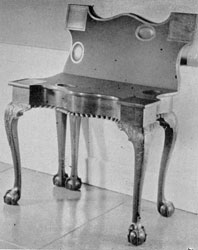 This article discusses the two conflicting opinions about Thomas Chippendale (some say he is not worthy of the fame he received, while others say he was a master of furniture design), also noting the stretch of his influence and the differe…  Read more » 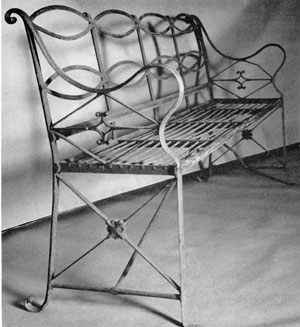 This article discusses the introduction of garden furniture in the 18th century, which was fueled by the new view of the garden as an outdoor living area, and notes the evolution from wooden furniture to wrought-iron pieces. It originally a…  Read more » 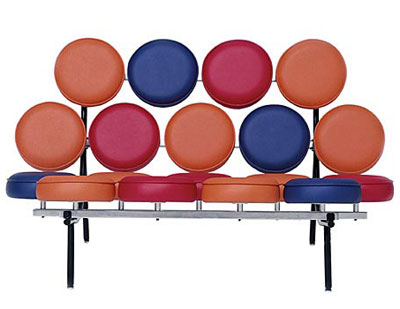 For the Love of Danish Modern Furniture 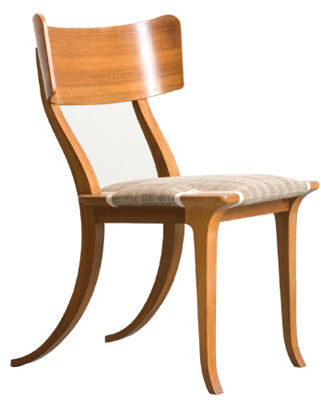 Andrew Hollingsworth, a Chicago dealer of fine Scandinavian furniture and the author of “Danish Modern,” talks about the roots of Danish Modern design, its evolution, some of its best-known practitioners, and the reason why the chair is suc…  Read more »

An Overview of Railroadiana Collecting

Paul Koren is the webmaster of Railroadiana Online, a resource site for railroadiana collectors and a member of our Hall of Fame.  Read more »

Phil Nelson runs Phils Old Radios, a member of our Hall of Fame, and a great resource for information on antique radios.  Read more » 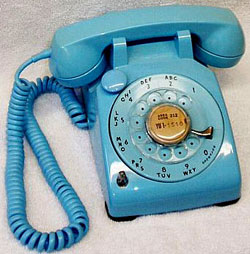 In this interview, Gary Goff talks about collecting antiques telephones, including wood, candlestick, and rotary desk models from Western Electric and other makers. Based in Orange County, California, Gary can be reached via his website.  Read more »

The Kalo Shop, a Mecca for Arts and Crafts Sterling Silver 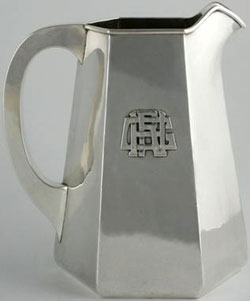 In this interview, Paul Somerson discusses Arts and Crafts silver items and jewelry, including the history of the Kalo shop and other famous artisans. Paul can be reached via his website, Chicago Silver, which is a member of our Hall of Fame.  Read more » 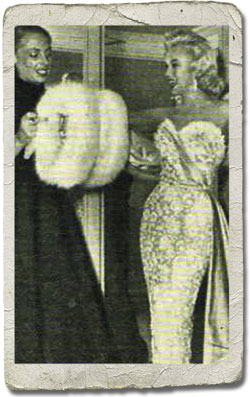 What All These Hatpins Were For, and Why We Stopped Using Them 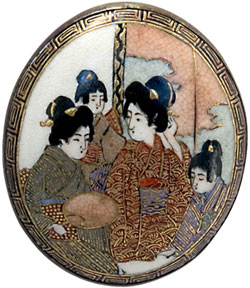 Jodi Lenocker discusses antique hatpin collecting, hatpin styles, and related historical information. Jodi is President of the The American Hatpin Society, a member of our Hall of Fame.  Read more » 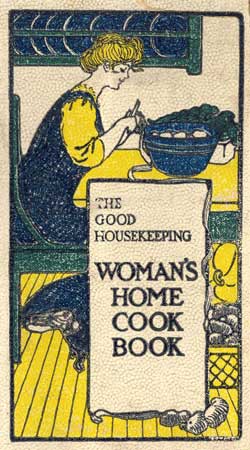 In this interview Peter Berg discusses cookbook collecting, and the American cookbook collection he’s built at the Michigan State University Library where he serves as the head of special collections. The collection’s digital version, Feedi…  Read more »

The Artisans and Designers Responsible for Roycroft Metalwork 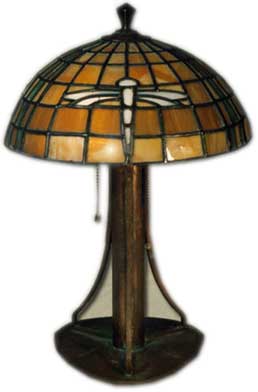 In this interview David Kornacki discusses the history of the Roycroft copper shop and its production of hammered copper items. Based in Manhattan, Kornacki can be reached through his website, Roycroft Copper, which is a member of our Hall …  Read more »

Bill Lindsey on How To Read a Bottle 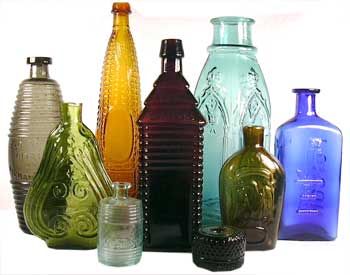 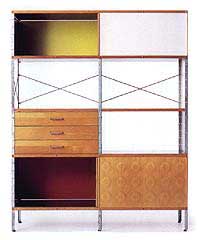 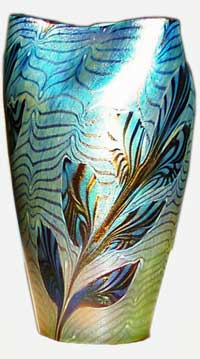 Reyne Haines talks about the history of art glass, and about collecting art glass from designers such as Tiffany, Loetz, and others. Based in Cincinnati and New York City, Haines is a 20th-century decorative arts appraiser, collector, and d…  Read more » 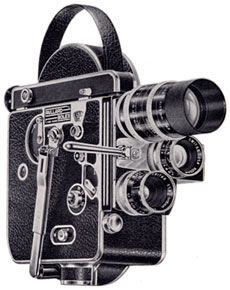 In this interview, Michael Tisdale talks about collecting vintage Bolex-Paillard home movie cameras and related ephemera. Based in Atlanta, Georgia, Michael can be reached via his website, Bolex Collector, which is a member of our Hall of F…  Read more » 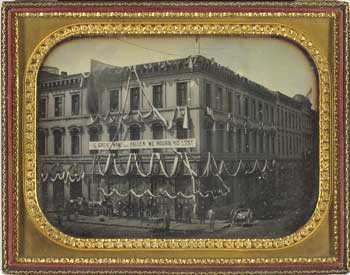 Wes Cowan talks about collecting 19th Century photographs, including daguerreotypes, CDVs and stereoviews. Cowan, who appears as an appraiser on Antiques Roadshow and is a regular cast member on the PBS show History Detectives, is founder a…  Read more »