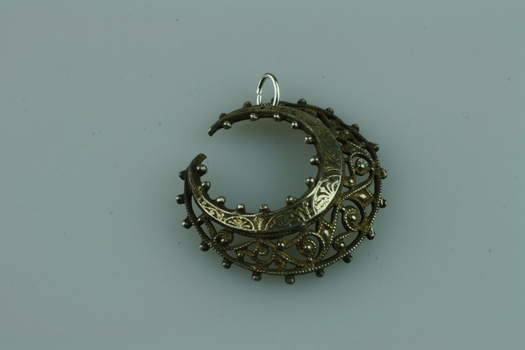 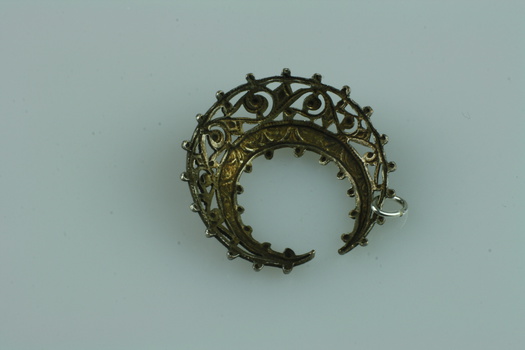 I bought this small crescent moon applique together with some other victorian jewelry. The crescent moon was used a lot in Victorian times. It has different meanings: death and rebirth, symbol for the godess Isis. They used it in brooches and other jewelry.
My moon is not marked but it tested as silver. I have no idea what it was used for. It has no marks from a former clasp or anything whatsoever. Maybe it was an unfinished piece? So I just added a jumpring and for now I wear it as a pendant. Maybe I will change it if I find out what it was originally intended for.
So does anyone have an idea?
Thanks a lot!