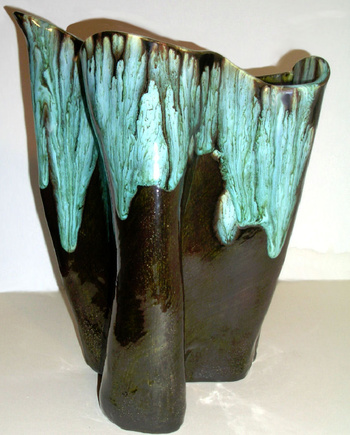 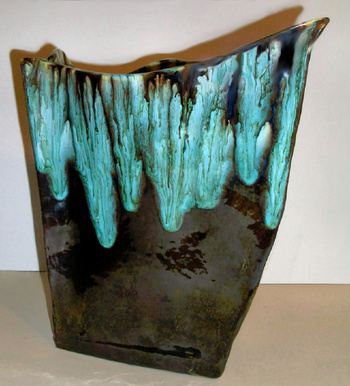 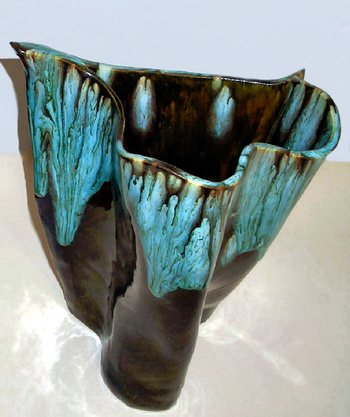 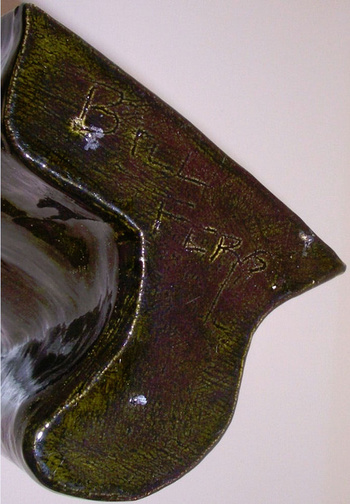 Bought this vase in the early 1990s in British Columbia, Canada. The seller thought the potter was originally from the Seattle, Wa. area. Have searched for Bill Ferg (name hand impressed on the underside), and William Ferg, but have not found any info. I am guessing the vase was created between 1940 and 1970 give the colors and type of glaze which was used between those 2 periods. Another name which might be is Bill Fery (there are a coupe light lines which could make the last name Fery), but again no luck. Measures 10" x 8 1/4" at the back peaks, 9" at center front. Given the vase slants outward at the top makes the base smaller at 5" x 4". Any information would be greatly appreciated. Thanks.