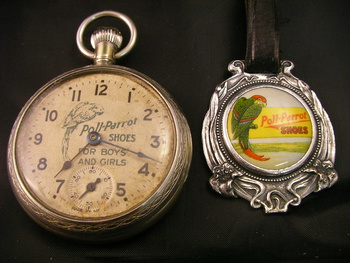 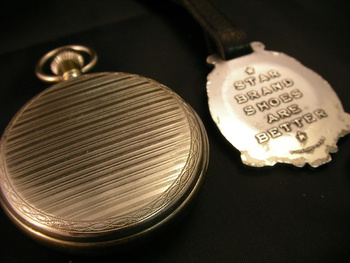 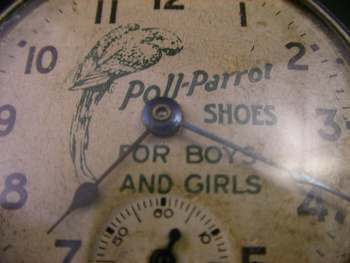 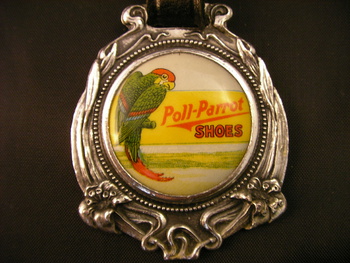 This is an advertising pocket made by Ingraham for the Poll-Parrot Shoe Co. in 1927 (movement reference no. 6 27 dating it June 1927). The matching 1920s silver metal fob has a colourful bakelite insert of a parrot. However, the company never actually established a recognizable parrot effigy. Instead they used several parrot configurations over the years.

Founded by Paul Parrot, this shoe company was in strong competition with Buster Brown Shoes at the time. In 1947, the Poll Parrot Shoe Company started to sponsor the very popular children's show The Howdy Doody Show on NBC TV. Hope you enjoy this posting.

Note : Buster Brown Shoes also produced a series of pocket and wrist watches. Kerry has posted a couple of them here : http://www.collectorsweekly.com/stories/99493-buster-brown-shoe-pocket-watches