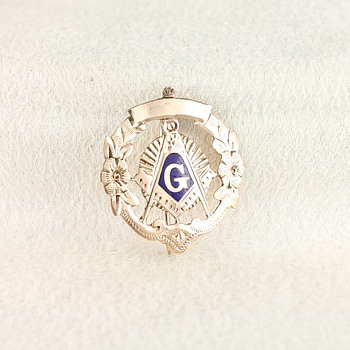 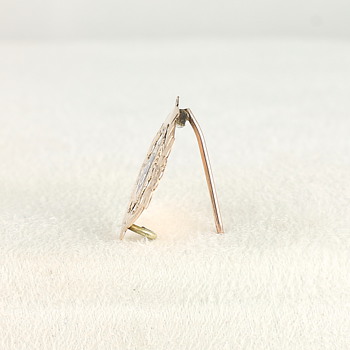 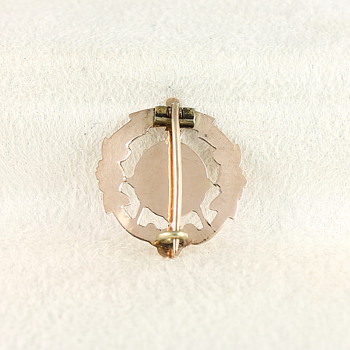 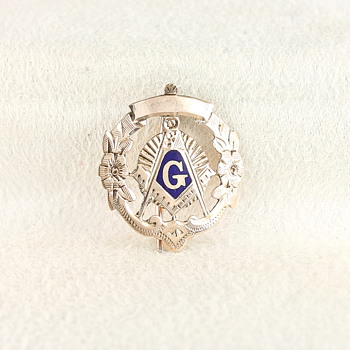 This is a beautiful antique 10K gold Masonic pin circa 1885. It is a very nice sized pin at ~ 11/16" across. Lots of beautiful hand engraved detailing. It was made by the Charles F. Irons Co. of Providence R.I.

The Charles F. Irons company was found in 1861 in Providence R.I by Charles F Irons. He then partnered with one of his long time employees Charles A. Russell in 1881. The company's name changed to the Irons & Russell Co. in 1893. They are considered by many people to be one of the preeminent fraternal jewelers of the late 19th century and well into the 20th century. I have copies of their 1885 & 1895 catalogues and my goal to collect as many examples of their early masonic pins as possible. I currently have about 26 pins of their pins in my collection.