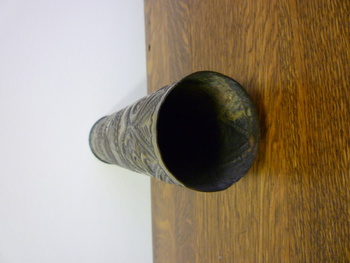 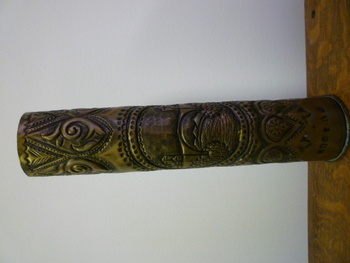 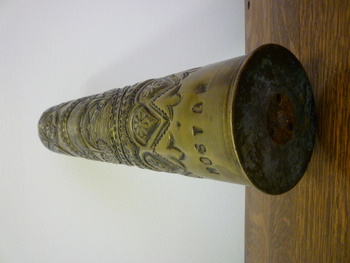 This was once a weapon of destruction. Now it is a piece of art. Here's a quick history lesson:

Mostar is a small city in Bosnia and Herzegovina that skirts both banks of the Neretva River and is joined literally by the famous bridge known as the Stari Most.

In the early 90's, as Yugoslavia collapsed, inter-ethnic fighting turned into war. The Serbians'(Orthodox Christians) attempt to expand pit them against Bosniaks (Muslims) and Croats (Catholic). To ward off the Serb advances, Bosniaks and Croats combined forces to push back the Serbs, but the alliance was short-lived.
Once the Serbs had been pushed back, the Croats and Bosniaks became adversaries. The Mostar bridge was destroyed on November of 1993. It wasn't until 2004 until the reconstructed bridge was inaugurated and reopened.

Many of the buildings in Mostar are modern - the small malls or refrigerated grocery stores. Others are reminders of a terrible war that happened less than two decades ago. Some public buildings are riddles with bullet holes. The former Bank of Yugoslavia, the tallest building in Mostar, is an apparition lurking next to the high school - its windows nearly all missing and with the insides completely gutted.

I stumbled over the Stari Most myself in the summer of 2007. The small shops along the river on both sides of the Neretva bustle with tourism. The aroma of fresh bread and rip fruit fills the air. The constant rush of the Neretva provides the melody for activity in the streets. As I walked the stone-laid streets, I heard the blare of a Bosnian radio station in an artisan's small storefront. My attention turned and my eyes met what looked like tarnished brass vases of various sizes. With a closer look, I saw that these were not vases but spent shell casings from the war. These objects of death and destruction had been gathered and transformed.