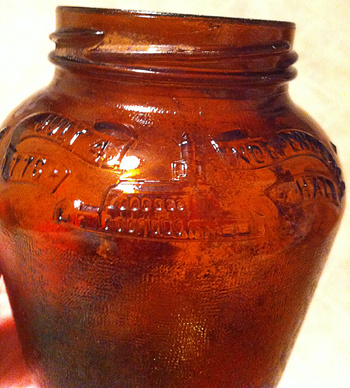 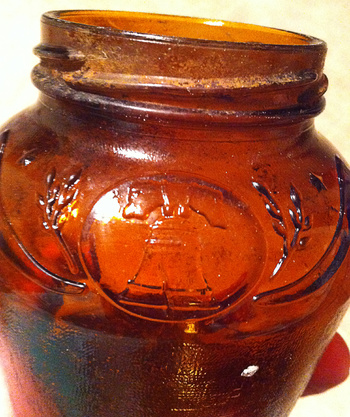 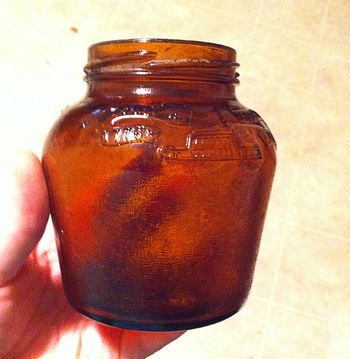 I found this glass jar, among others, in the woods near my father's house while hiking yesterday. The jar was half buried in the ground, lid down, and surrounded with other glass, mostly beer and liquor bottles. Next to the pile of glass was a dilapidated stick-structure, that I presume was a make-shift shelter at some point. Clearly, I had stumbled upon what used to be a party spot. This jar caught my eye because it was the only glass on the scene that was definitely not beer, liquor, or soda. When I unearthed it, the metal lid was still screwed on, but was completely rusted, so I removed it. I don't expect this item it to be highly sought after or worth anything, but I'm curious about how old it is, what was in it (I assume some kind of food), etc.

After some research, I've determined that it is a Anchor Hocking jar (embossed anchor on the bottom with an "H" superimposed over it). Also indicated on the bottom is: L-21728 (mold number), 6 (plant number - Salem, NJ), and 1 (pair number).