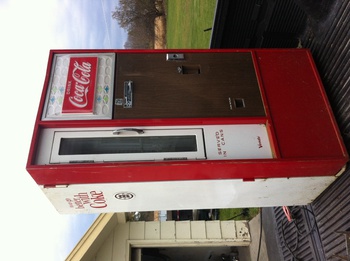 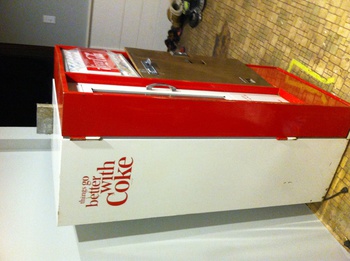 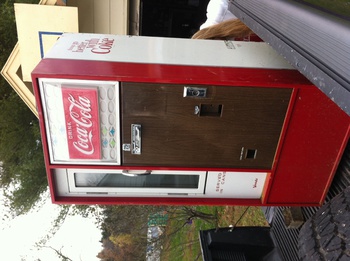 I FINALLY GOT ONE!!! It's a 1966 coca cola vending machine! It takes 20 cents to buy a can. I found it a few months ago and the price was too high and she wouldn't budge ( even though we were 50$ off). But I got a message yesterday from her saying she's gonna junk it and if I want it to come pick it up. I got the price dropped all the way to $100 and so me and my girl went and picked it up and started to clean it! Hopefully it works! I'm gonna plug it in later tonight because you gotta let then sit for 24 hours after moving them! It's in great shape!!!