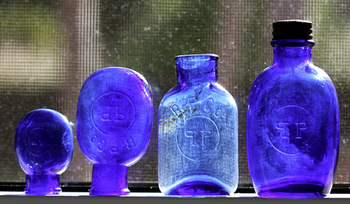 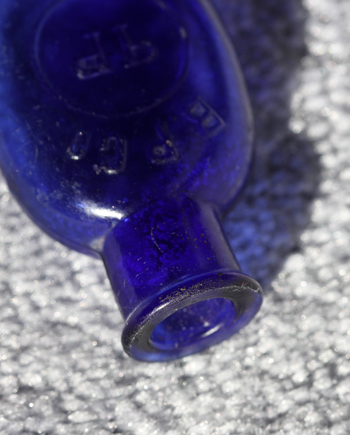 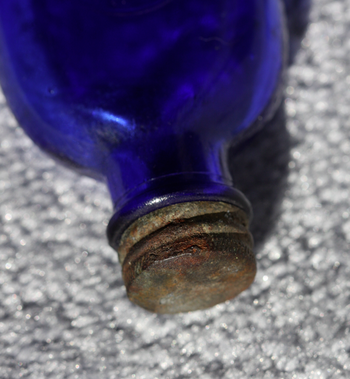 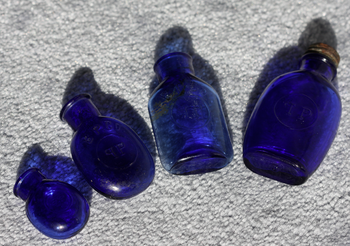 This is a nice group of pill bottles that were made for the same company. They are from the 1890's to the 1920's. Over the years I have found them in trash pits and dumps. They are small bottles that would have been carried in a women's purse or a man's jacket. The one on the far left is my favorite. The bottle was dug in a 1890's trash pit on Long Island. I was digging through this trash pit behind a house that was built in the 1880's. I was finding a number of bottles and broken glass as I was digging. Then I dug into a Mason jar. The jar was badly damaged and not worth keeping. I dumped the ash and debris out that had filled the inside of the jar. As I did, the small cobalt blue round bottom bottle came tumbling out. I sure was very surprised to see it. If it had not been in the jar I could have easily missed seeing it because it was so small.