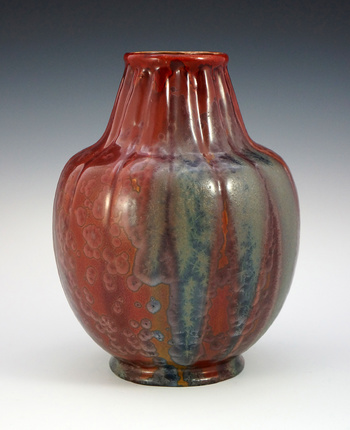 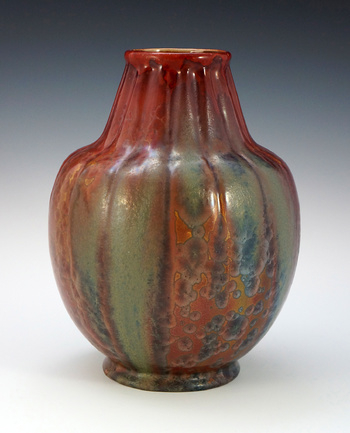 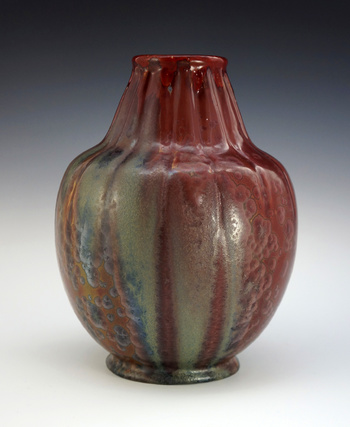 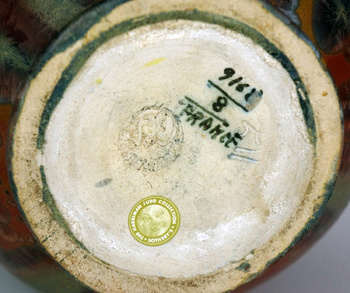 This one was a "sleeper" largely, I suspect, because not many knew what to make of it in a recent sale/auction. The vase was part of a well-known and storied British ceramics collection, but not attributed until recently and quite unusual for Desvres production (i.e., which is better known for tin-glazed faience). It also helped that this French vase was cataloged/sandwiched among British Martin Brothers pottery.

Gabriel Fourmaintraux studied at the Sèvres school of ceramics and then joined his father Émile at Desvres in 1905. During a brief period in Gabriel's early years at the "Fabrique de Céramique d'art" (Desvres) it is thought that his Sèvres training and techniques in Art Nouveau Japoniste and grès flammé "bled through" and he was influential in getting Desvres to produce ceramics outside of the firm's usual production.