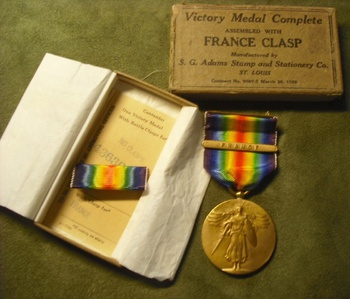 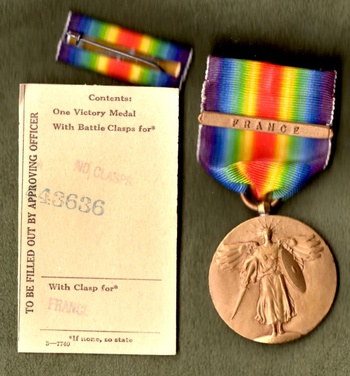 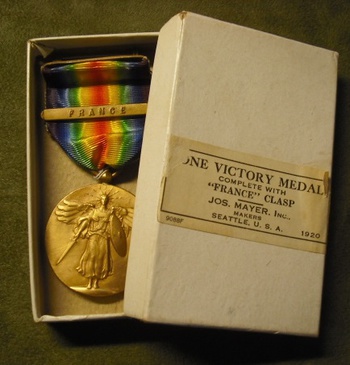 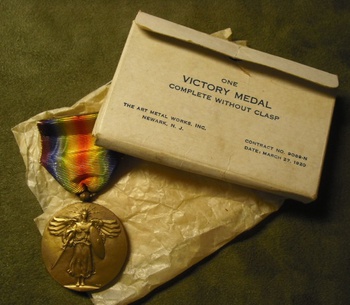 I have my own little private tradition of commemorating Armistice Day…er…Veterans Day by posting some of my recent WWI Victory Medal acquisitions, and thought I’d start with this, my boxed S. G. Adams Victory.

The US government contracted with three companies in 1920 to mint the first Victory Medals. On the West Coast was the Joseph Meyer Company of Seattle WA. (pic 3) On the East Coast it was the Art Metal Works of Newark NJ. (pic 4) In the middle of the country was the S.G.Adams Stamp and Stationary Co. in St Lewis MO. All companies were issued dies by the mint, and without the boxes there really isn’t a way to tell them apart as far as I know.

This Adams Victory is sweet because it also includes the ribbon bar, wrapping paper and contents slip filled out by issuing officer. About 2.5 million medals were made, but the Army still had about a million medals in inventory at the start of WWII, so those were re-struck as good conduct medals.