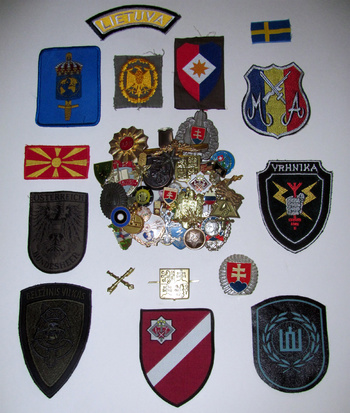 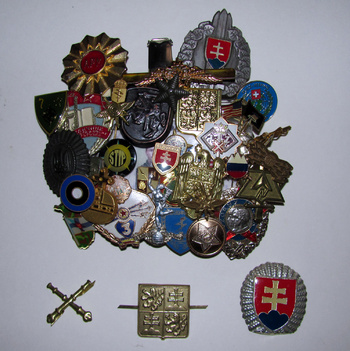 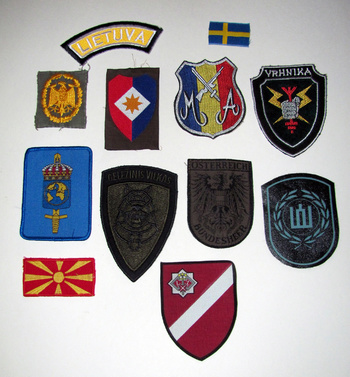 Here is my collection of pins and patches from a military exercise called Combined Endeavor '98. This was held at Sembach Air Base, Germany. It was a compatibility exercise between several Allied countries and several former Soviet Union countries, testing communications equipment compatibilities. As always, pins and patches became very popular trading items between the countries. The pins are from Macedonia, Bulgaria, Sweden, Russia, Slovakia, Kazakhstan, Ukraine, Estonia, Finland, Holland, Romania, England, Norway, Uzbekistan, Czech Republic, Hungary, Austria, Germany, Latvia, Switzerland, Lithuania, and Slovenia. The patches are from Belarus, France, Poland, Georgia, and Kyrgyzstan. Macedonia, and a couple others that I don't remember and forgot to write down. There was a lot of hard work during that exercise, but we had a lot of fun too.