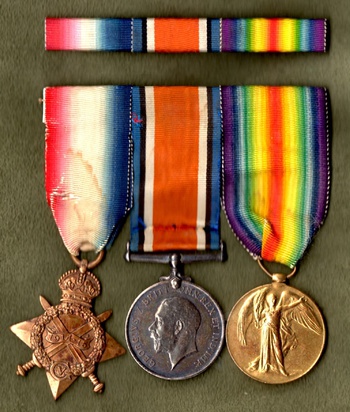 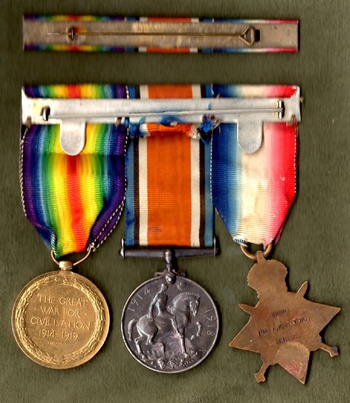 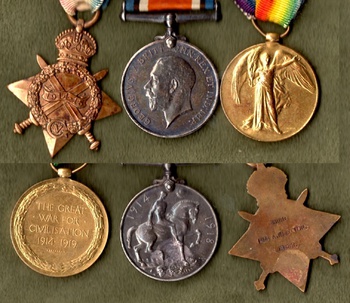 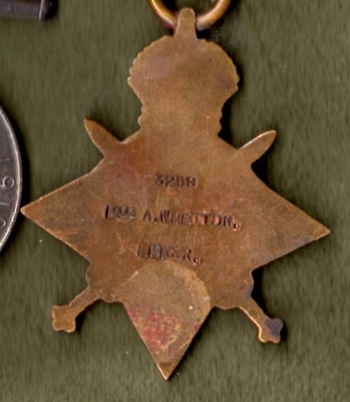 For the longest time I’ve wanted a mounted set of 1914-15 Star, British War Medal and Victory Medal, and now I finally have them. This combination of medals was seen together so often at Veteran's parades in England after WWI that they earned the nickname “Pip, Squeak and Wilfred,” after a comic strip of the period.

This set was awarded to Private Albert Whetton of the Leicestershire Regiment, as inscribed on the edges of his War and Victory, and back of his Star. A copy of his Medals Index Card from the British National Archives confirms he was awarded these medals, along with the Silver War Badge, which unfortunately I do not have. The Silver War badge was issued to soldiers who were discharged, which during the war was usually due to wounds or sickness. Further search of the War Badge Rolls shows he was discharged due to wounds. The badge was a silver lapel pin that was intended to be worn on civilian clothes. At the time it had been the practice of some women to present white feathers (a symbol of cowardice) to apparently able-bodied young men who were not in uniform. The records also indicate Albert enlisted 7 October 1914, arrived in France on June 30th, 1915 and was discharged September 29th, 1916. He was 26 years old.

The medal mounting is typical of the style used in this period. The ribbon bar at the top, however, is not Albert’s, but belonged to an unknown member of the Royal Fusiliers (City of London Regiment) but is also typical of the era.

I hope everyone has a pleasant and thoughtful Veterans Day/Remembrance day, this 95th Anniversary of the Great War’s end.