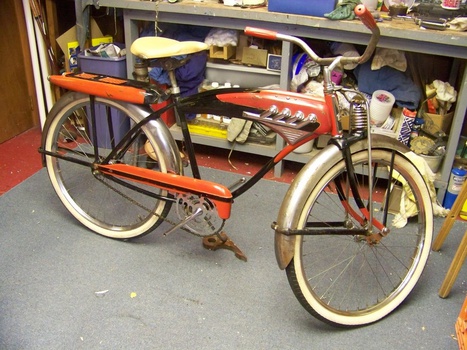 I'd like to know if anyone knows anything about this bike? the bike is all original and was made circa 1950.