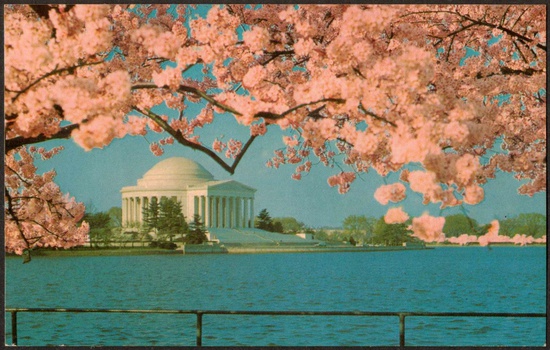 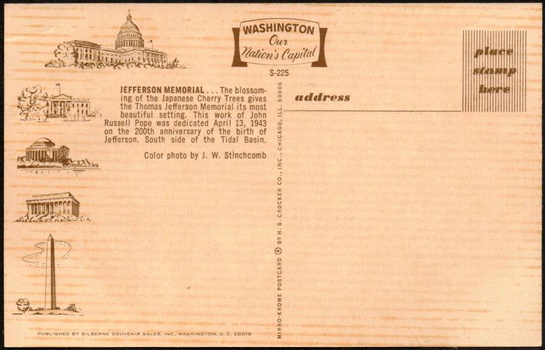 - 1976 postcard of the Jefferson Memorial, Washington, D.C.
-- The blossoming of the Japanese Cherry Trees gives the Thomas Jefferson Memorial its most beautiful setting. This work of John Rusell Pope was dedicated April 13, 1943 on the 200th anniversary of the birth of Jefferson. - View is from the south side of the Tidal Basin.
- The card is number S-225 and is a Mirro-Krome postcard by H.S. Crocker Co., Inc., Chicago, Illinois. It was published by Silberne Souvenir Sales Inc., Washington, D.C., and the color photo is by J.W. Stinchcomb. -- ** Thomas Jefferson (April 1743 - July 4, 1826) was an American Founding Father, the principal author of the Declaration of Independence (1776) and the third President of the United States (1801–1809).