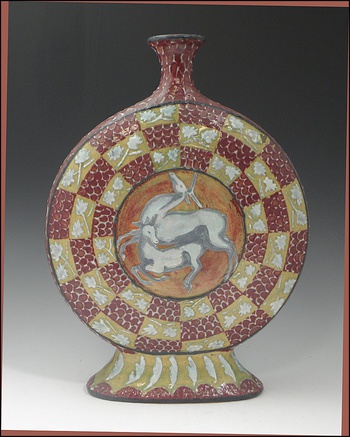 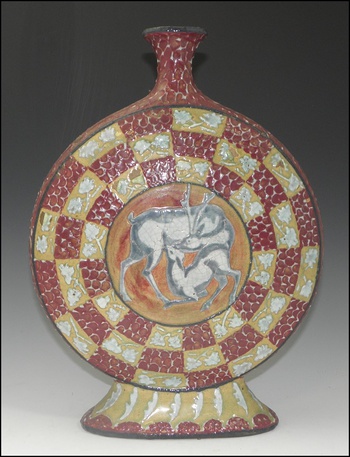 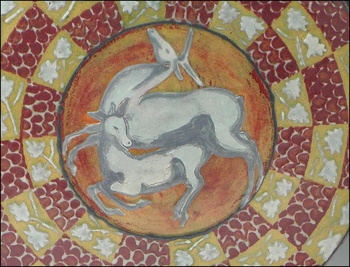 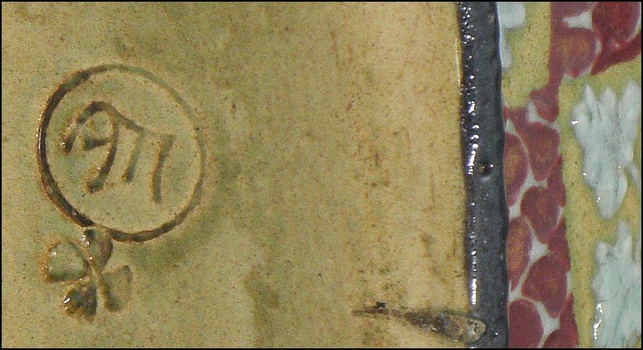 André Methey’s early work was reminiscent of the early Korean and Japanese wares admired by the late-19th-century French Art Nouveau ceramists. This stoneware (grès) vase is atypical of that early Art Nouveau work, which fed the Parisian tastes for naturalistic glazes and colors. This example depicts a deer and her fawn, two different poses, front and back. It is 14 inches tall. It is in the “Fauvist” style.

Here is a biography of Methey, as provided here at Collectors Weekly by “Cogito” in the description of a work he posted that is more typical of Methey’s early Art Nouveau work:

André Methey (1871-1920). Born in Laignes (Cote d'Or) in 1871, Methey was apprenticed at age 14 to a stonemason and later studied with a plaster modeler. At the age of 15, he moved with his family to Paris and soon, after the death of his father, was forced to support his mother and siblings. He entered military service, and while stationed in Auxerre (located between Paris and Dijon), he studied drawing and became interested in ceramics after reading Edouard Garnier's Traite de Ceramique. Methey's earliest creations followed the tradition of Japanese and Korean wares, and he began to use flambé glazes in 1900. He first exhibited his work in 1901. Two years later, he settled in a small house at Asnieres (a suburb of Paris), where he built a kiln and prepared his own clay and glazes. Abandoning Japonism and Art Nouveau, Methey later turned to Persian-inspired wares and tin-glazed earthenware decorated with designs by Fauve painters including Redon, Rouault, Matisse, Bonnard, Vlaminck, and Derain.