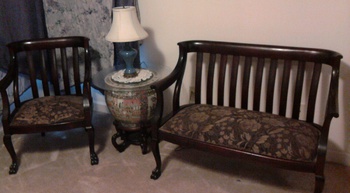 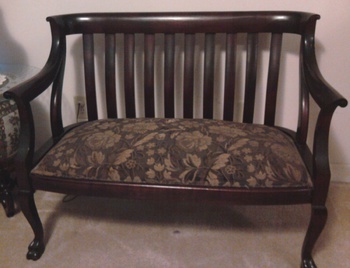 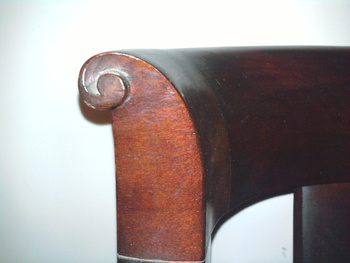 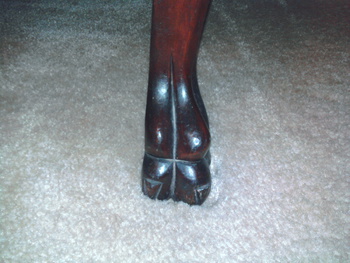 Gram was a sweetheart. I rented from her. It was a couple of rooms off the back of her house with a private entrance. She would let herself into the apartment when ever she felt like it and leave a cake in the refrigerator. She sold me one of her Mother's rings which I had re-set into my wife's engagement ring. (Gram wasn't about giving stuff away!) When I married, Gram said that if I would stay, my wife and I could live in the house and she would take the apartment! She was the Grandmother I never had. Gram loved her church and her library. She made arrangements so that when she passed away, all of her belongings would be auctioned and the money would go to those two causes. I came away with a truck load of memories.

Having said all of that, I know nothing about these two pieces of furniture. It looks like mahogany. The top rail and arms are curled as in the third picture. The seats have springs and a burlap covering on the bottom.

If you have any information on the style, age, or value Iwould be most appreciative. This set cam from the Leipsic, Ohio area about 20 years ago.