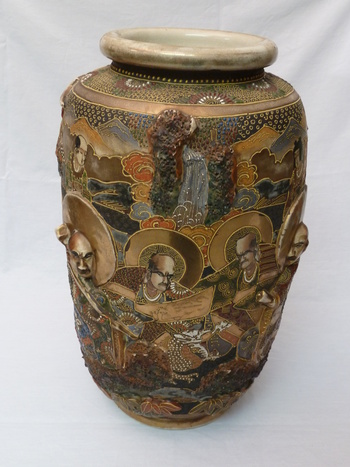 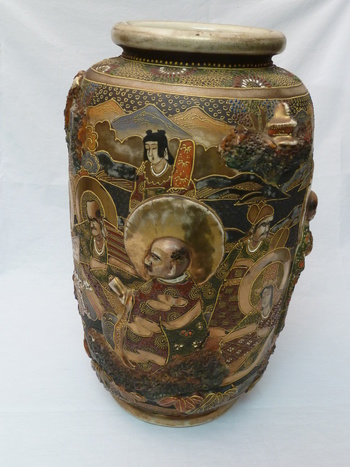 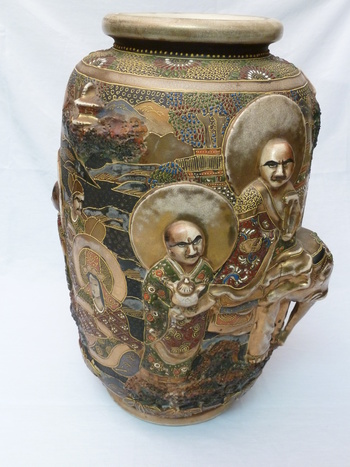 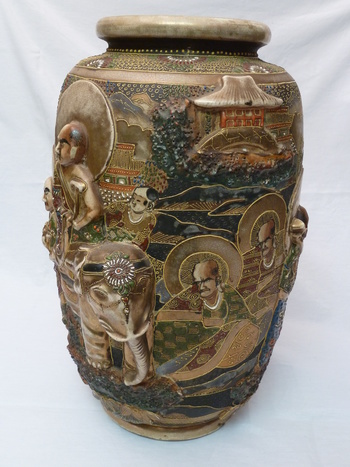 This vase used to belong to my grandmother. I distinctly remember it used to sit on a carved rosewood(?) stand that had a circle of marble set in the top. It was always full with peacock feather and other dry florals. There are no markings to speak of, on the bottom or inside, that might be of help in identifying it's origin or value. It's a rather impressive vase with many of the characters crafted in 3 dimensions, but beyond that I have no idea about it.

I had a friend suggest that the rings/halos around their heads might be indicative of enlightenment of the soul. And given the headpiece on the elephant, which appears might be of Indian influence, and that Indians brought their belief to China, this could represent the time when Buddha went on his trip to China to spread his teachings.

Seeking some enlightenment of my own! :)

Thanks for any help 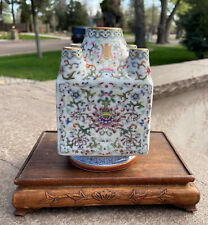 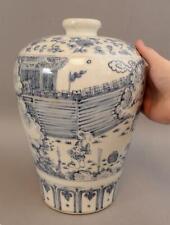 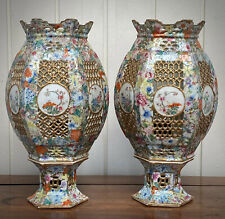 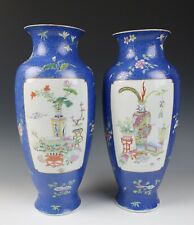