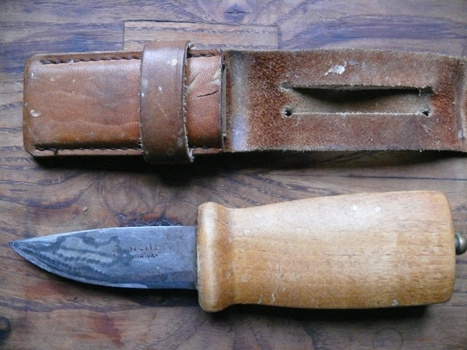 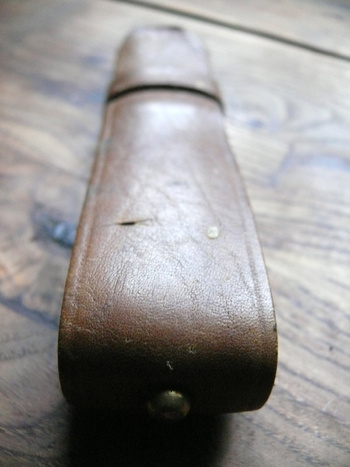 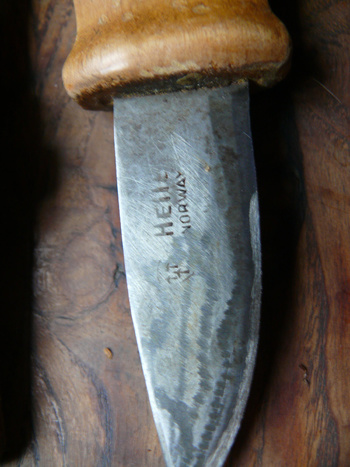 and today i bought this hunter's knife in a sheath.... why?
i somehow liked it because of this very short blade

i think it is an early helle nying knife by the brothers Steinar and Sigmund Helle .
should be made short after they started knife production on their farm in Holmeland in 1932 .

but it's just a wild guess