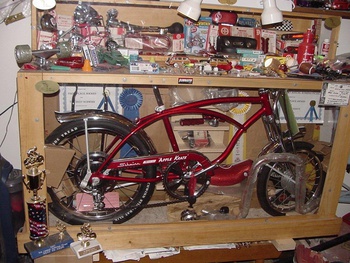 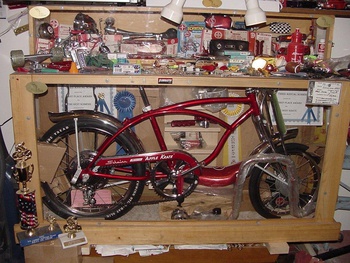 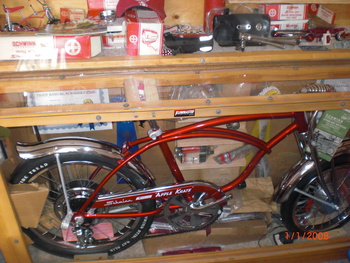 Hello
This is my 1973 NOS Disc Brake Apple Krate. I have owned many krate bikes but this the best one I have ever had. It was originally found in a Schwinn shop in Fremont, Calif. John Cellini purchased it in 93 and sold it on Ebay do my friend Dave in 1999. I purchased it from Dave in 2009. It is said to be the only true NOS Apple Krate in the world!