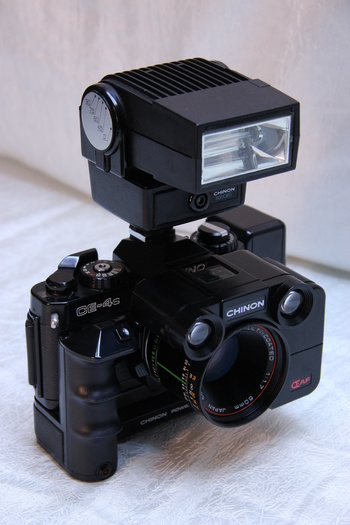 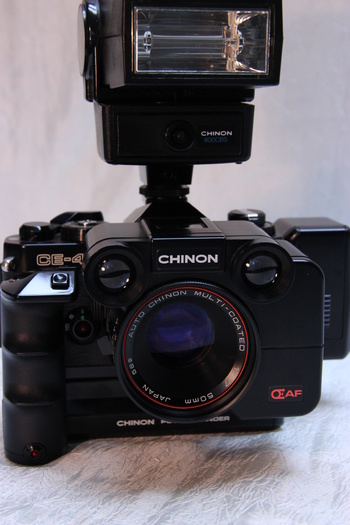 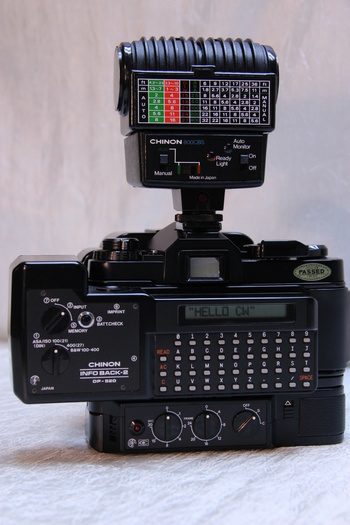 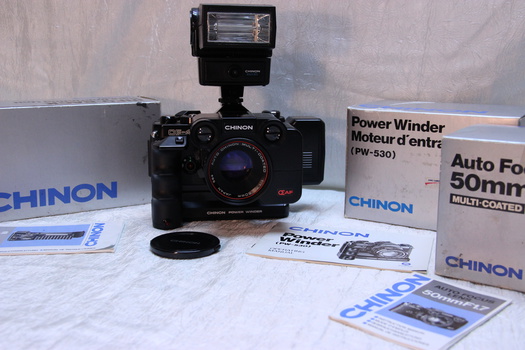 I stumbled upon a web site in Japanese which had a pic of the most unusual camera I had ever seen. Once I translated the site I discovered it was a Chinon CE-4s with accessories all from 1981. About the same time that Canon gets credit for producing the first non-integrated AF lens for an SLR. That started my quest to find this camera and accessories. It turned out to be more challenging than I thought.The CE-4s body is quite common yet the high tech. accessories were very, very hard to find. Now, seven years later, the mythical creature has become reality.

This is my 1981 35mm Chinon CE-4s made by Chinon Industries Inc. in Nagano, Japan and was bought out by Kodak in 1997. On it is the Chinon PW 530 (power winder), DP 520 Info Back-2(notice characters in pic 3), non-integrated 50mm f/1.7 muti-coated AF lens, and the 800 CBS flash. One of the sales pitches I read said that the infrared AF lens can focus in complete darkness. I still haven't figured out the benefit of that feature. Another oddity is that the digital data back can imprint up to 30 characters. In other words one can literally add a paragraph on each photograph. In my opinion it is a very strange and appealing monstrosity that was well worth the effort and, just maybe, someday, it will get the recognition it deserves. 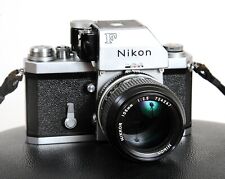 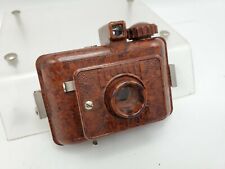 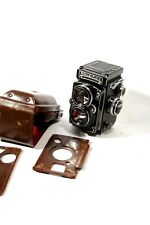 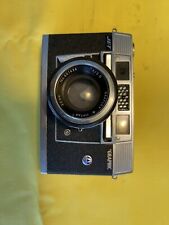