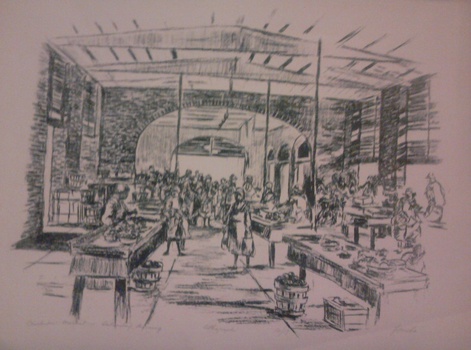 Mrs. Bolton and her husband moved to Edisto Island in 1981 and it is there that she found so much inspiration for her painting. The marshes, woods and beaches were her daily stomping grounds and she befriended many of the local people who became subjects for so many of her paintings. Painted with compelling compassion, these were faces mellowed by a lifetime of bittersweet experience. Although she is mostly remembered for her passionate teaching style and her ability as an artist, those closest to her knew that her religion ( her devotion to God and Christ) was what she cherished most and was the foundation of her life. As a personal remembrance of her love, she began signing all her paintings with a small cross in front of her name. “I hope that everything I do glorifies His name."