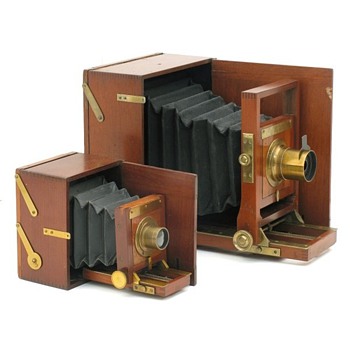 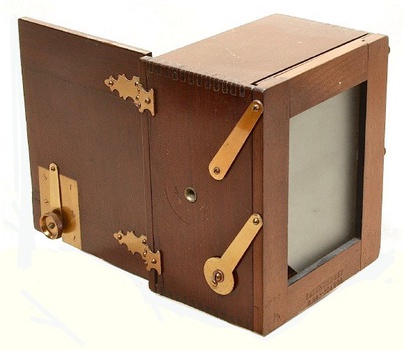 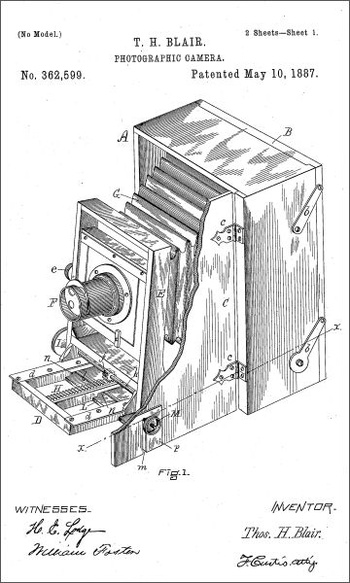 I am quite fond of unusual 19th century camera designs; those that departed from the conventional. These rarely seen Lucidographs by Thomas Blair represent such a departure – and they are terrific on display.

Blair was always looking for ways to design and sell portable view cameras. When closed, this camera looks like a wooden box with extraneous brass hardware and a framed piece of frosted glass taking up one side (with patent information underneath). It’s not meant to be a disguised or covert camera, but simply an early attempt to self-case fragile camera parts into a protective mahogany case. The concept was to build a compact, inexpensive view camera aimed at the amateur market that could put up with the rigors of itinerant photographers.

Designed over a two-year period, the Lucidograph was introduced in 1884 as an inexpensive alternative to the larger view cameras of the day. According to one of Blair’s catalogues, the name "Lucidograph" was derived from Greek meaning "Light-writer." What is interesting is that the camera was advertised for several years before the patent was finally granted on May 10, 1887 (No. 362,599).

Shown here are the largest and smallest models. In the foreground is the only known ¼-plate model (3¼ x 4¼ inches); it’s really cute. The larger version in the back is a very scarce whole-plate model (6½ x 8½ inches).

Although it appeared in Blair catalogues throughout the 1880s, the camera was dropped before the mass amateur market appeared -- which probably accounts for its rarity.