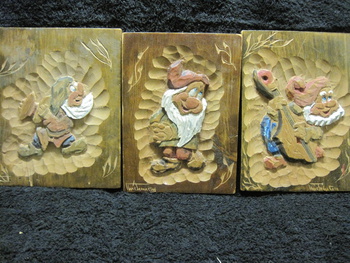 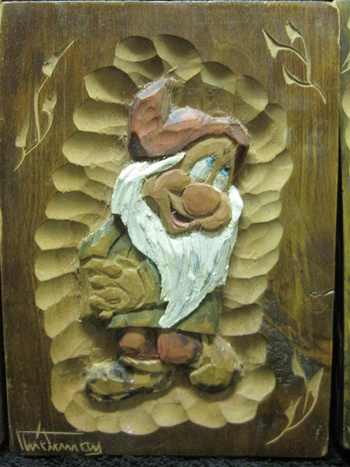 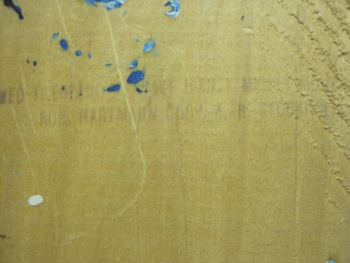 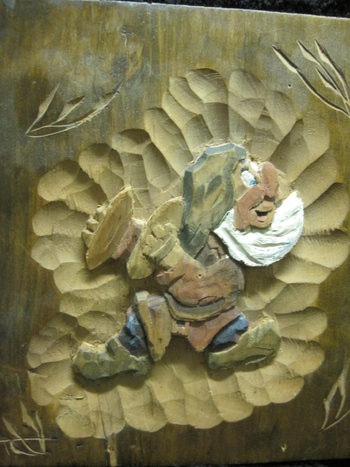 These are three of Snow Whites seven Dwarfs. They appear to be old pieces in carved wood. It is interesting because the back is marked Rob. Hartmann Corp A.B. Stockholm. The only information I can find is a Robert S Hartman who was responsible for getting Disney licensed throughout Europe in the 30's. He also opened a Disney Distribution place in Sweden. He also used a Swedish Passport to get out of Nazi Germany and also he met and married his wife in Sweden. Due to the extra N in the name on the plaque I cannot be sure they are the same or not. They are very well done. Snow White came out in Sweden in 1937. If anyone has any information about these pieces, it would greatly be appreciated. I could only find one reference to a Donald Duck piece that were comics. Thanks for looking.