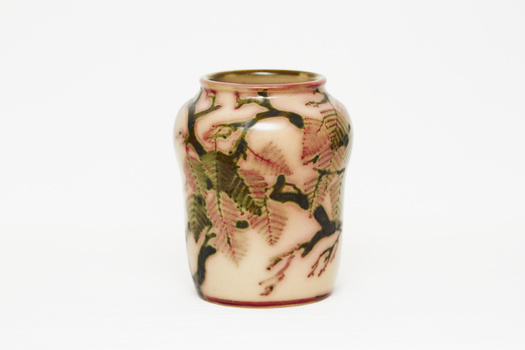 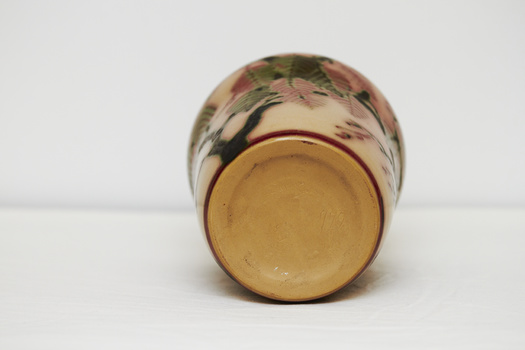 Relatively large (and quite heavy: 1.445 kilos!) stoneware vase with the so-called 'marble glaze' developed by the Danish Hjorth Pottery (founded in 1859) in the late 1920's and decorated in a distinctly 'Asian' style, probably made by Thora Hjorth who was clearly interested in Asian pottery at the time. At first I thought it might be of a later date, but Hjorth didn't really make these things in, say, the 1950's, and I have seen a bojan-shaped vase in a catalogue with a similar decoration, and that was dated to 1927. So I presume that this is also from around 1930. Height 17. 5 cm.

The mark is a bit faint, but the vase does carry the usual Hjorth mark (a stag) along with an imprinted 'L. Hjorth, Danmark'. Moreover, added by hand, the number 970. I bought this from a private person.