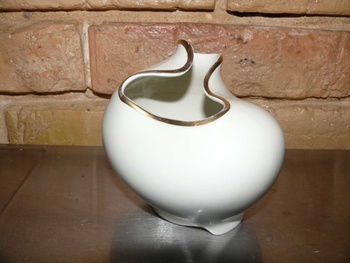 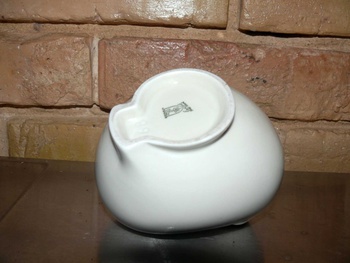 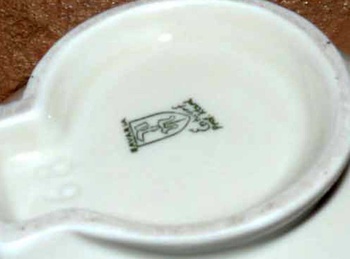 design: Prof. Franz Josef Karl (*1899 hungary - †1969 germany)
impressed model-number: 68
designed in 1953, manufactured 1954
marked with the Neuerer Makersmark and with Entwurf Prof. Karl
Professor Franz Josef Karl was a hungary born sculptor, painter and ceramist. In 1949 Karl became the artistic leader at the "Kunstabteilung" Rosenthal Selb and around 1950 Karl designed several figurines, vases and feet for light fixtures for Rosenthal. 1951-53 he worked for the spanish company "Manuel Alvarez e Hijos" and after he returned to germany in 1953 he worked as the designer for "Porzellan Neuerer" where this asymetric design was produced. 1955-60 he worke in brazil for "Porzelana Real S.A." and from 1960-1969 he has been the artistic leader at "Scheurich KG" after Heinz Siery left...

Rosenthal Porcelain Figure of DOG B...
$80