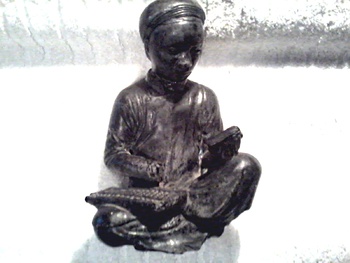 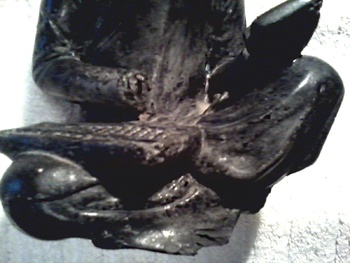 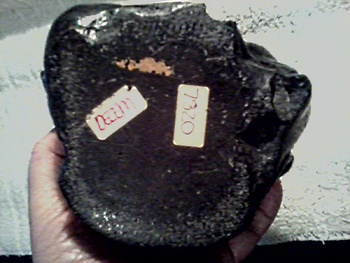 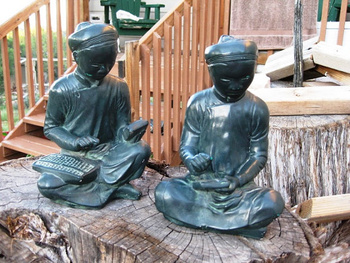 Our local Salvation Army thrift yielded this heavy 9" figure although it's seen better days. He was basically a rescue and has had a very rough life. The head was broken off and glued (crooked). missing a hand. and the end of his foot on the bottom. So much for "Durastone" durability ! After a bit of hunting online I found a picture of a pair being described as bookends on Etsy. They said it was marked on the right leg "Austin Co. 1961." but I couldn't find it anywhere on mine. Maybe it was on the piece of foot that had broken off. There are just some paper labels on the bottom. There are also some similar ones made in plaster by Alexander Backer Co. but they sit on a raised base with their stamp on it. I could probably give him some prosthetic repairs since I have the pictures of the intact ones but it looks even more authentic with the damage. I think I got my fifty cents worth. -Mike-