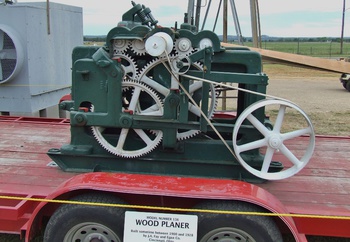 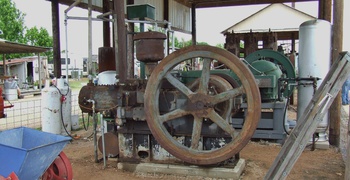 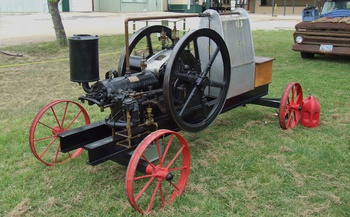 I thought I would share some pics from the 2013 Fredericksburg, Texas, Engine and Tractor show. Lots of vintage engines running. I got to see the big red engine in pic two fire-up and run, amazing.
Here is some background on it:
ENGINE, COOPER-BESSEMER:
"This one-cylinder, two-cycle, horizontal, diesel engine is rated for 80 HP. It was originally used at the Edwin Waller, W.C. Clemons, G.G. Baronian Cotton Gin located on Farm Road 1458--five miles from San Felipe and three miles from Pattison.  The Gin operated from approximately 1850 to 1952. The engine was built in approximately 1925. It was moved to the Club's site near Stonewall in 2001 and was restored over a period of several years by Club members under the supervision of Richard Kepler. The engine was moved to the Club's present site at the Gillespie County Fairgrounds in 2004"