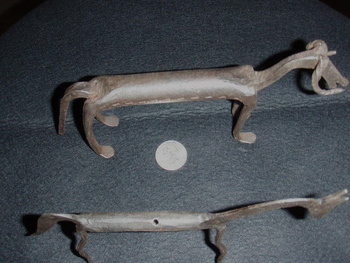 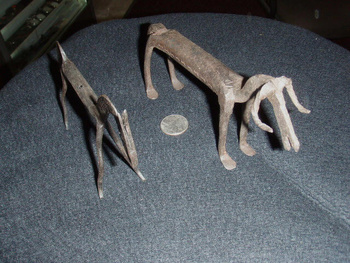 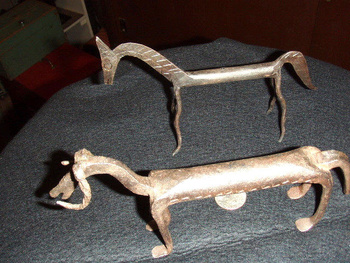 Here are (2) PA German Animal Effigies.
They were placed on the window sill of the barn to deter sickness or any other ill will that came into the area. The belief is that any ill will that entered the farm would go into the effigy instead of their livestock.
Belief was that once placed on the sill they are not to be touched of handled. Any handling done could release the ill will that was trapped in the effigy. I've been on a farm not too long ago where the farmer said that his grandfather told him never to disturb the iron animals on the window sill. They didn't know why, but, they were not about to question the wisdom of their grandfather. ...... hotairfan