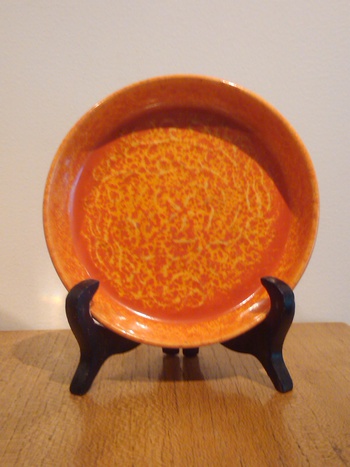 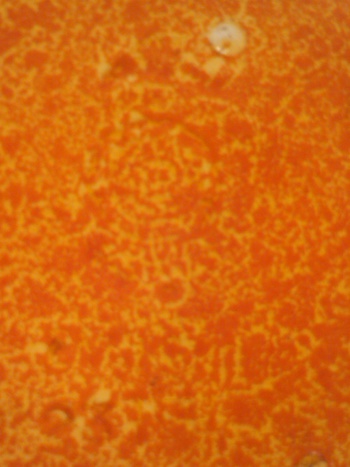 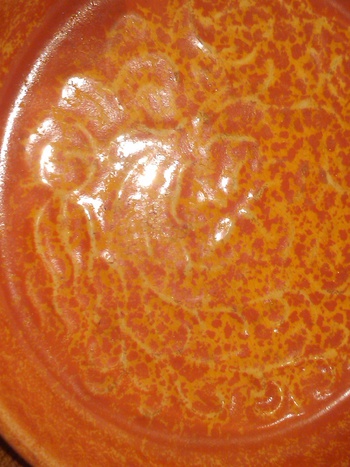 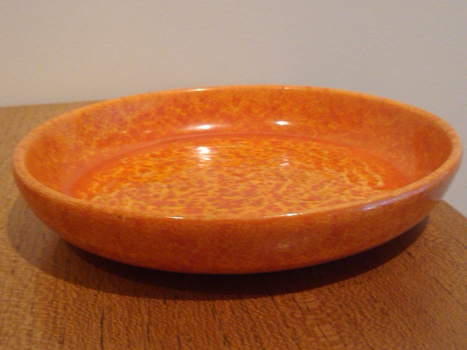 This little plate goes back to another earlier period of my collecting. Thirty years ago I discovered a lustre vase by Gordon M. Forsyth and got involved with Royal Lancastrian pottery. I had a small but good collection but sold most of it twenty years ago.

Somehow this little plate got mixed up in a box away from the other items and was not sold.

The plate is very difficult to photograph for detail. I have not been able to photograph the Lancastrian "P" mark well because of the glaze. Photo 2 is my attempt. It is there but even to the naked eye you have to look very carefully. The glaze is the famous Uranium Oxide Orange Vermilion developed by Abraham Lomax and the team at Pilkington's Lancastrian Pottery, Clifton Junction, Manchester, England around 1905. The glaze was as popular as their Kingfisher Blue and gained further popularity in the Jazz Age.

In this case the glaze covers an impresses design which is Chinese inspired as you might see in Photo 3. You see these Chinese designs normally covered with a celadon glaze.

I love the way the colours split into the speckled finish. It is one of two items that remain from the earlier period of my Royal Lancastrian collection. The other is a lustre bowl by Richard Joyce already posted here on Collector's Weekly.