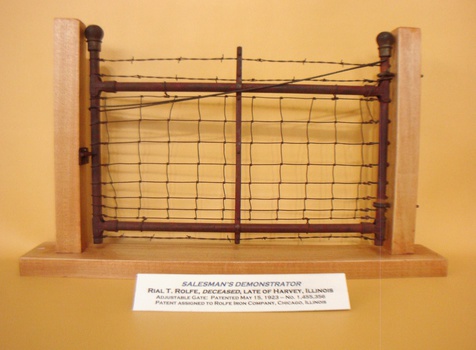 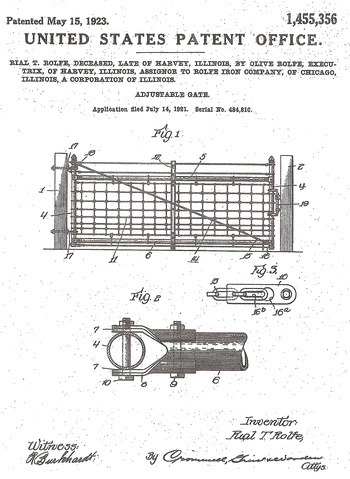 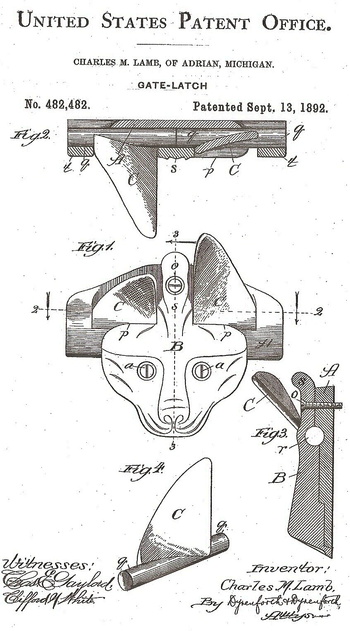 17" x 2" x 10" Salesman's Demonstrator of a iron and wire adjustable gate. Patented May 15, 1923, No. 1,455,356 by the widow of the inventor who had passed before the design made it through the Patent process. The application had been filed July 14, 1921. Patent assigned to the Rolfe Iron Company, Chicago, Illinois.

Models do not always represent the patent drawings to the letter. Improvements may be added or items deleted. Note the difference in the gate latch. The latch was wired to the mesh wire when I received it.

I created the wood display stand in January 2014.

UPDATE! Looks like I got a twofer when I bought this gate. The gate latch must also be a salesman sample. I stumbled across the patent for the gate latch. I was stunned by the artistry of the design with the animal face. The face (B) is not on the gate latch on the model. Isn't it interesting how creative our ancestors were? 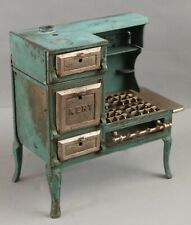 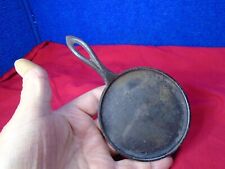 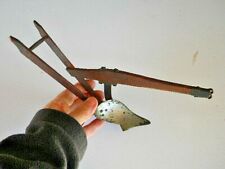