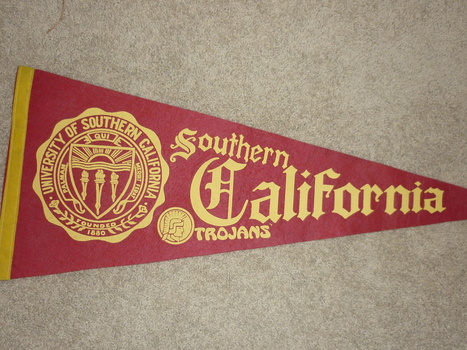 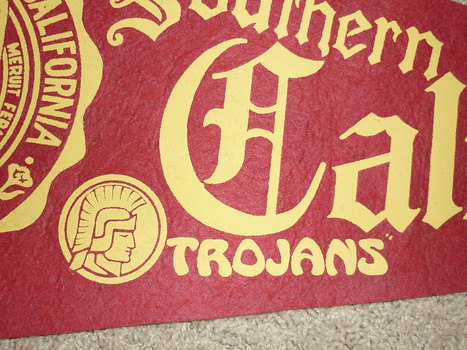 Vintage ("old school") U.S.C. Trojans pennant, with red cardinal felt and yellow / gold trim. Lettering and images are silkscreened on. Felt is not very thick, but definitely hand cut and stitched. Don't really know the year, but I've had it for around 10 years, has moved with me at least 4 different times and still looks to be in excellent shape with no serious flaws. There are a couple of hairline creases if one looks extremely closely and one tiny black pen mark I think I found. Other than that it's nice and sharp. NO PINHOLES.

Does anyone know the approximate year? My first guess having seen tons of USC stuff over the years was 60's but it could just as easily be 50's.

Want to keep it and hang it on the wall, but have been trying to figure out what kind of frame or holder to put it in.