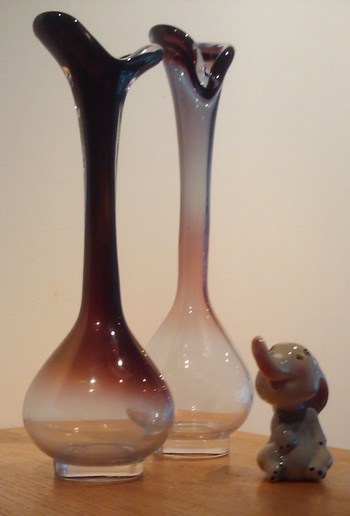 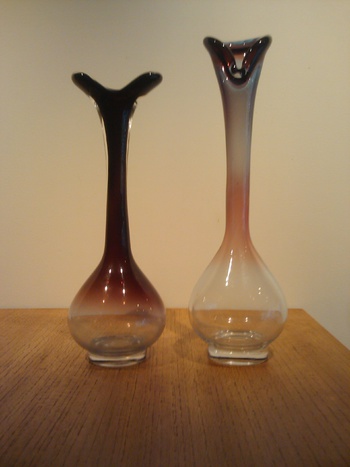 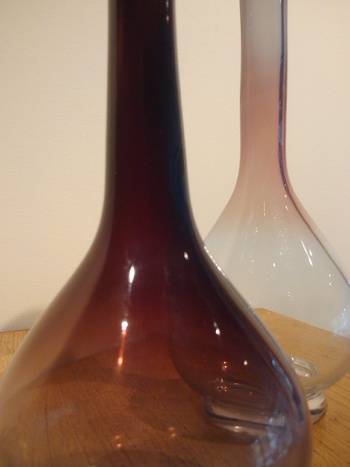 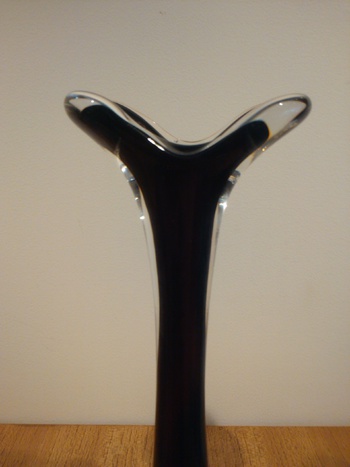 Vase bought on Sunday at the Wenty March from the same dealer who sold me the other Tan'si vase in January this year. You never know, the others may soon appear too.

I still have no idea about the meaning of name of the series.
Perhaps it has Chinese references?

"Nils Landberg studied at the Konstindustrieskolen in Gotenborg from 1923 to 1925 and then trained at the newly established school of engraving at the Orrefors Glasbruk for two years, with his compatriot Sven Palmqvist. Landberg subsequently studied in Italy and France before returning to Sweden, where he began working under Edward Hald (1883-1980) as an assistant and engraver at Orrefors.

Around 1935, he began creating his own designs for the company and became a member of its in-house design team. His engraved glassware from this period was shown at both the 1937 Paris "Exposition Internationale des Arts et Techniques dans la Vie Moderne" and the 1939 New York World's Fair.

During the 1950s, Landberg experimented with abstracted and attenuated forms using either clear or delicately tinted glass. In these pieces, he pushed the medium's tensile strength to its limits, giving the designs a powerful inner tension.

Landberg's famous "Tulipanglas" (1957) with its slender waist was blown as a single piece and received a gold medal at the Milan XI Triennale in 1957. He also designed tableware and lighting as well as decorative doors and windows.

Landberg retired from Orrefors in 1972, and fourteen years later the Orrefors Museum held a retrospective exhibition of his work."
http://www.1stdibs.com