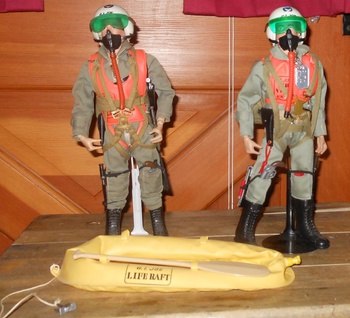 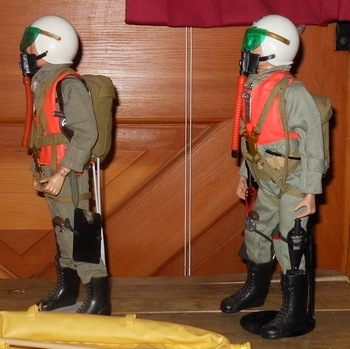 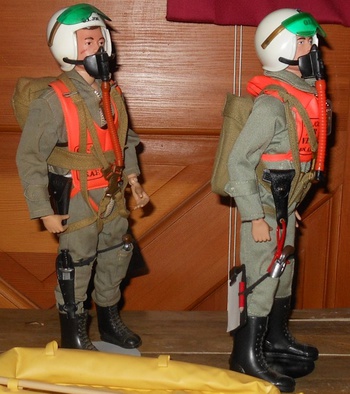 This the Scramble Pilot set that was originally issued in 1964. The original is on the left with the gray stand and the reissue on the right. It wasn't actually one set. It was five. First you had to buy the basic figure. Next the Scramble Set with the gray flight suit. The Crash Helmet was sold by itself. There was also a parachute pack also sold separately, it was just a pack there was no parachute. Last you can finish up your pilot with the small carded Air Vest set or go for the deluxe Survival set which had the life raft, oar, anchor and rope.
Last picture are the 40th anniversary reissue sets. I forgot to include the Parachute card.
On my original figure I added a shoulder holster and pistol from the adventure team. One of the fun things about GI Joe is that you can mix and match.