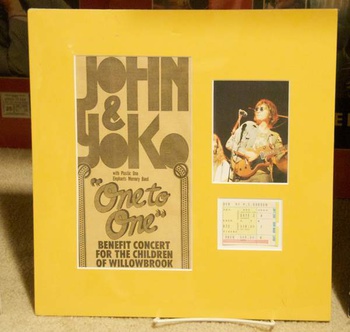 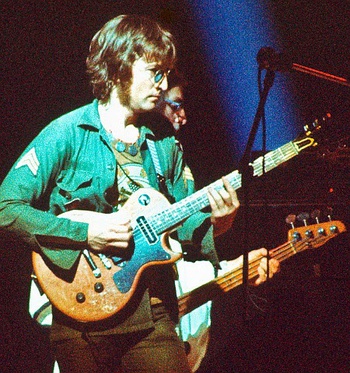 Here is a ticket stub from John Lennon's "One To One" concertat MSG in
New York City on August 30, 1972. Lennon did 2 concerts that day to raise money for the Willowbrook School for mentally handicapped children. This is a stub for the afternoon show, I also have a stub for the evening concert as well.The newspaper ad from the show was selected for inclusion in the book, "Lennon"Legend"-The illustrated life of John Lennon by Jim Henke from the Rock Hall. It's on page 52. Yoko Ono had the final say as to what went into the book. Being a HUGE Lennon fan, I was naturally thrilled that it made the final cut and was included.