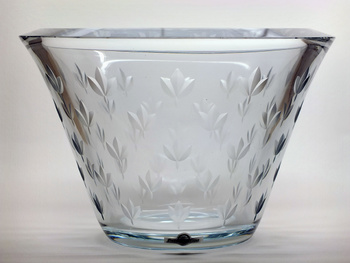 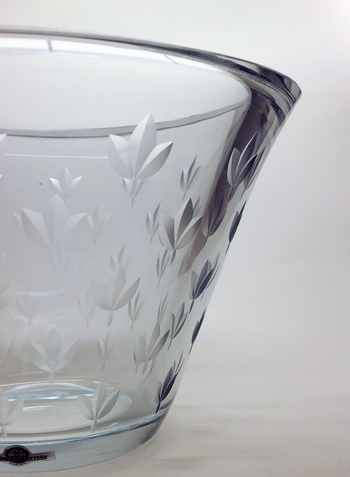 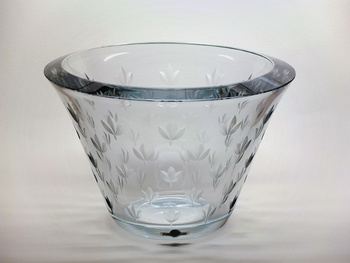 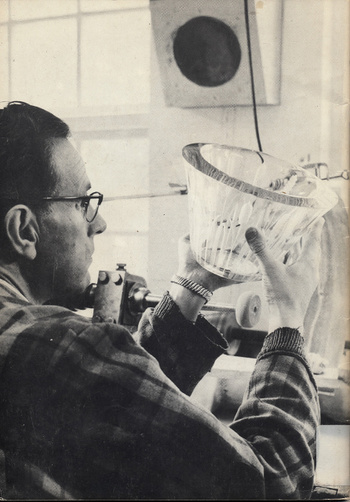 A bowl/vase signed "Strömbergshyttan G. Nylund Unik", only made in one piece. I have seen another bowl with similar shape, but with straight edge, decorated in a pattern of bulrushes (see the last photo, from a booklet published for a retrospective exhibition of Nylund 1973-74). But the one I show here appears having a flared edge. The bowl/vase is 17 cm high and 25 cm wide. The photo in the booklet looks to be from the 1950s. This may indicate that even this one is a creation from the same period, not later than 1960?