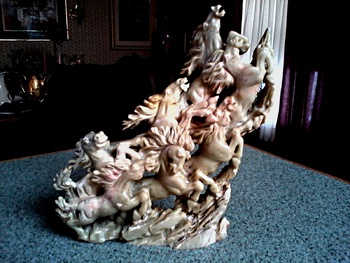 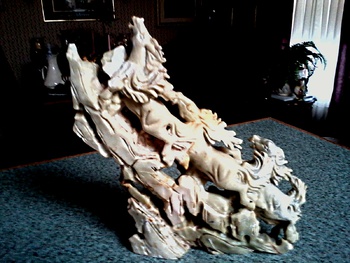 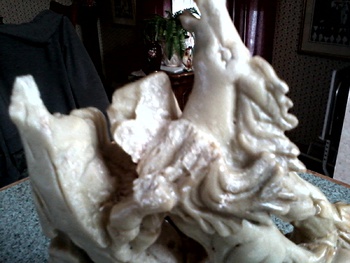 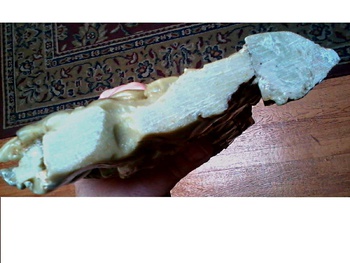 What a fantastic find this morning from Salvation Army. A really great horse sculpture made of some kind of stone and weighing in at a couple of pounds. Measuring 10" x7 " it's rather thin suggesting it may have started out as a 2" thick slab of the material.. It's a bit damaged but it still looks beautiful. There is one horse broken off at the very top which isn't really that obvious until you turn it around. You can see the remains of a tail on the last horse's flank. A bit of rear leg is also missing on the bottom horse. I was told by the cashier that someone passed on it earlier because it was too damaged and expensive. Oh well their loss...I'll take it ! Not sure what it's made out of. I know for sure it isn't a composite or resin. It has a variety of colors in it. Bits of red, gold, and white but mostly a gray green color. It does appear to be somewhat transparent. It could be nephrite. jade or even something that's not really expensive, but I love it. -Mike-