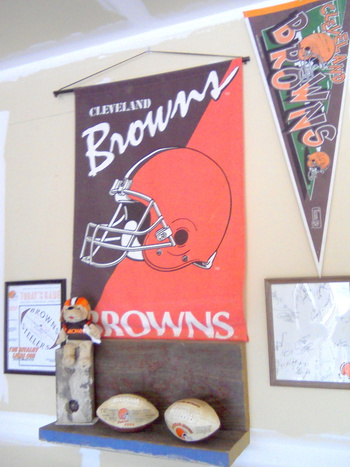 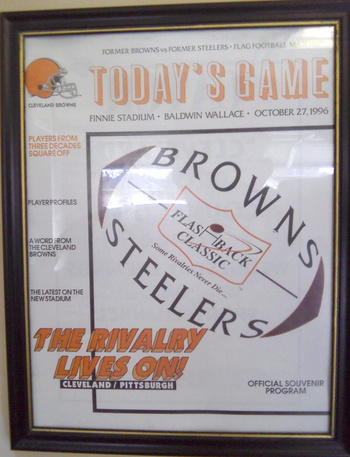 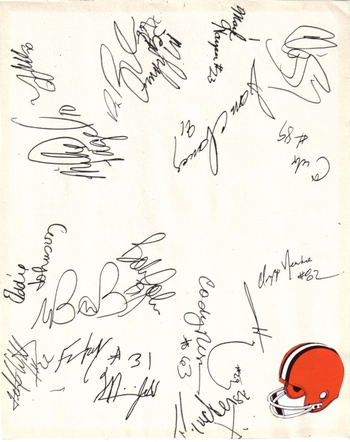 Brought a little Cleveland Browns history to my home in Texas.

The shelf is made from our Dawg Pound seat at the old Cleveland Municipal stadium. It is covered with autographs of Browns and Steelers players including Lou (The Toe) Groza. I got them at a flag football game that was played between former Browns & Steelers players in 1996 after the Browns left town. The program for that game is to the left. The brick on the shelf is also from the old Cleveland stadium Gate A area. To the right framed autographs of many former browns players including Cody Risien, Ozzie Newsome & Eddie Johnson & above a pennant autographed by Bernie Kosar and Felix Wright. The two footballs are give a ways from Burger King.