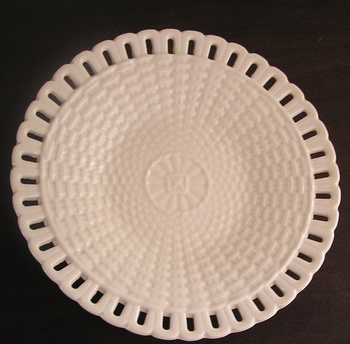 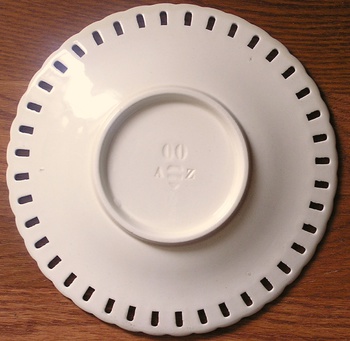 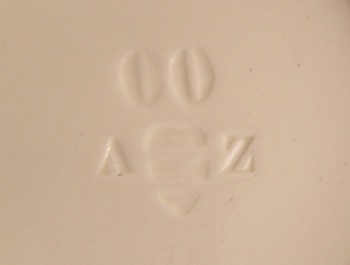 I know this piece was made by Wächtersbach of Germany, however I have come across conflicting information on the dates during which this Basketweave pattern was made. I have seen other pieces for sale, or on Pinterest stating that they were 19th century however, although this mark was used in that period, I’m not sure when it ceased to be used.
It appears that the company may have a date coding system similar to what was used by several British potteries, but I have not found any details in my searches, other than similar pieces with different lettering.
I’m hoping that someone in the CW family from Germany may be able to shed some light on either the time period this pattern was produced or when the factory stopped using this particular impressed mark.
Thanks in advance, Mary