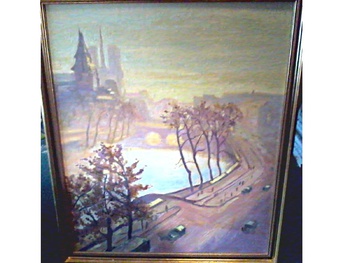 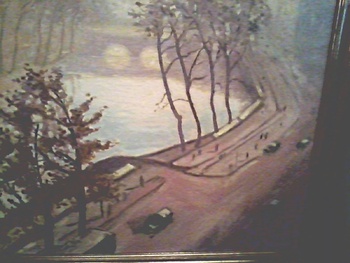 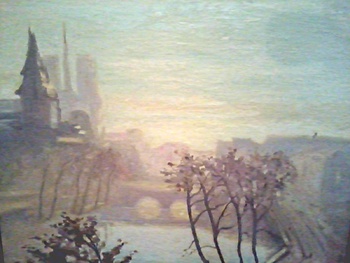 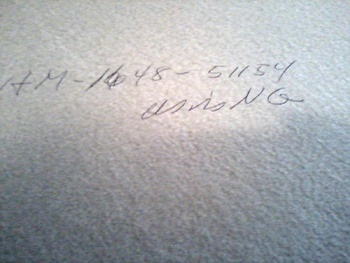 There's something about this oil painting I really love. I don't know if it's the muted colors or the manner in which it's painted. It's very soft, misty and spontaneous. Some parts are thickly painted , others just with a stroke of the brush. I had seen it the other day at Volunteer's of America. It was still there so I parted with the ten dollars they were asking for it. The subject looks European probably Paris judging from the bridges and cathedrals with cars cruising along on the highway below. I removed it from it's frame which had paper backing, cardboard and finally wire staples holding the canvas board in place. The back of the canvas board has the intials "H" "M" and numbers but there is no signature on the front. I had hoped it was hidden by the frame. The top corner of the canvas board has 25" x 30" written on it and some scrawled writing below that. A signature maybe ? I don't know what to make of it. It just seems to have a quality about it. -Mike-