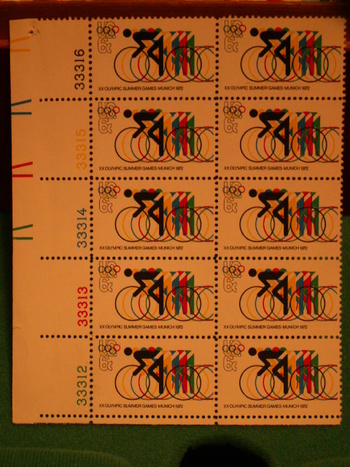 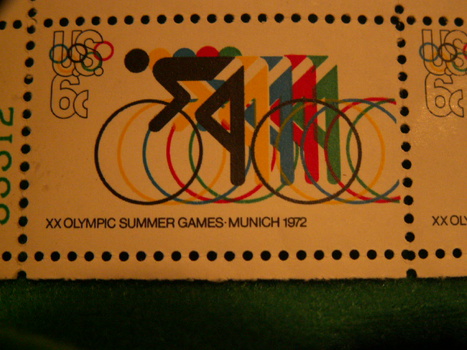 In 1875, archaeologists removed 16 feet of clay above Olympia and discovered a stadium with a seating capacity of about 45,000. Here, the Greeks staged the first Olympic Games around 776 B.C. This stamp celebrates the 20th Olympic Summer Games. The 1972 Summer Olympics were held in Munich, which was then in West Germany. It was the second Summer Olympics to be held in Germany. The first had been in 1936, when the Nazi regime was still in power. The U.S. team’s Mark Spitz set a world record by winning seven gold medals in a single Olympics. Spitz’s record stood until 2008, when Michael Phelps, also representing the U.S., won eight gold medals.
Olga Korbut, a tiny gymnast from the Soviet Union, captured the hearts of millions around the world as she took three gold medals. The Games were overshadowed by an act of terrorism known as the “Munich Massacre.” On September 5, eight Palestinian terrorists broke into the Olympic Village and took 11 Israeli athletes, coaches and officials hostage. All of the Israelis were killed, along with five of the terrorists.
Issue Date: August 17, 1972
City: Washington, DC
Quantity: 67,335,000
Printed By: Bureau of Engraving and Printing
Printing Method: Photogravure
Perforations: 11 x 10 ½
Color: Black, blue, red, emerald and yellow