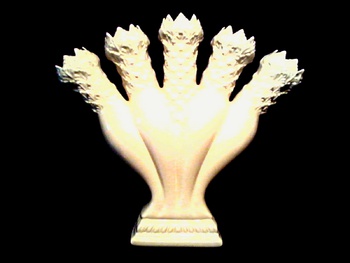 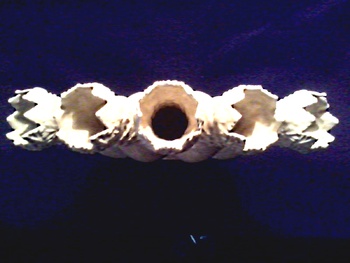 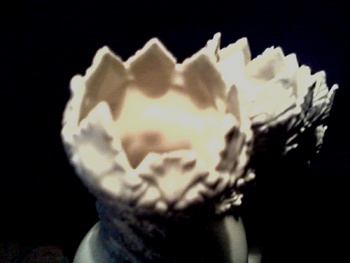 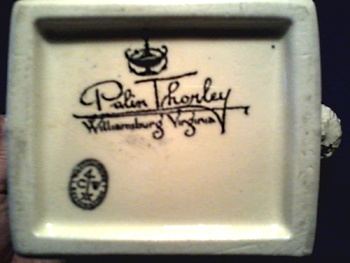 Found this at Salvation Army this afternoon for a of couple bucks. It's a nice reproduction piece from Colonial Williamsburg . An ususual and rare five finger vase or "posey holder" made of English cream ware. The vase measures 8 " tall by 9 1/4" wide and 2 1/2 " deep. There is damage to the very fragile tip of one tiny point on the far right finger. I could have swore I checked it over and thought it was perfect. That's OK though , the one's I've seen online have damage to almost every finger and they are still asking forty to sixty dollars. -Mike-

In 1937 J. Palin Thorley was invited by The Colonial Williamsburg Foundation to create reproductions of a few select pieces, representing pieces & fragments unearthed during the restoration. Thorley, a third-generation British potter, trained as a decorative painter and designer in Staffordshire the historical seat of British pottery-at England’s oldest and most prestigious potteries. Beginning in the late 1920s, he brought his talents to East Liverpool, Ohio, where he worked in various capacities for some of America’s largest pottery companies, including American Chinaware and Hall China. In 1949, he moved to Williamsburg, Virginia, to supply the newly established museum shop there with reproductions of eighteenth-century teapots and vases. In a small studio he employed true 18th century techniques to create, among other pieces, this finely modeled Five Fingered Vase or Posey Holder.