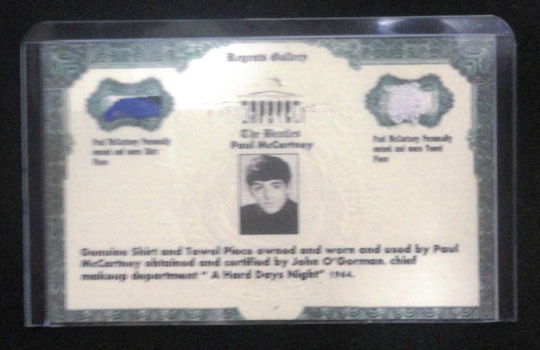 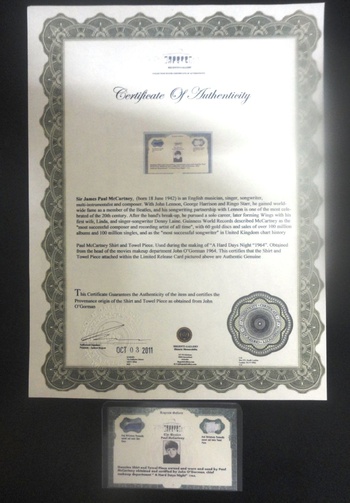 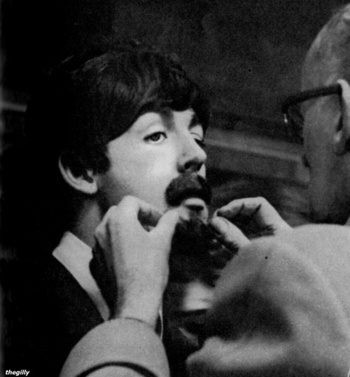 A piece of shirt and a piece of towel that was worn and used by Paul McCartney on the set of The Beatles first film,"A Hard Day's Night" back in 1964.The items come from the collection of John O' Gorman...who was the head of the make-up dept. O'Gorman is pictured on the set
with McCartney on April 5, 1964 during filming for the opening sequence in the train station.