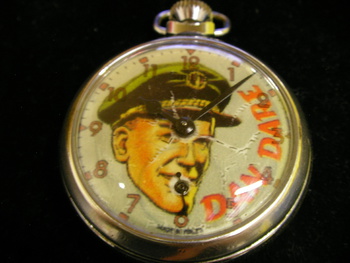 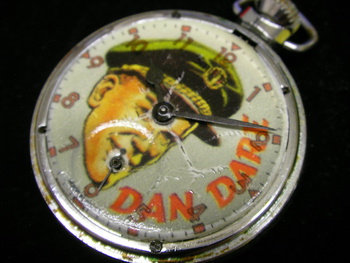 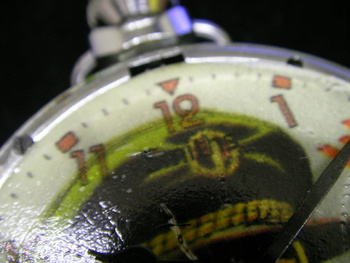 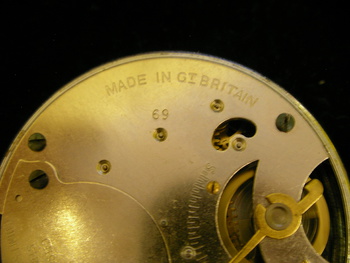 This pocket watch is powered by a 1969 Smiths movement and the dial depicts the portrait of Dan Dare. It is signed 'Smiths' at just below 12 (picture 3) and says 'Made In Wales' at below 6. I have a strong suspicion that this could be an unofficial fantasy piece as I have not seen another one before. The official version has an 'Eagle' engraved on the case back and this one has not.