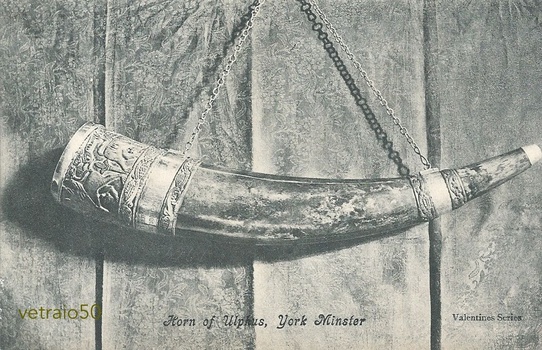 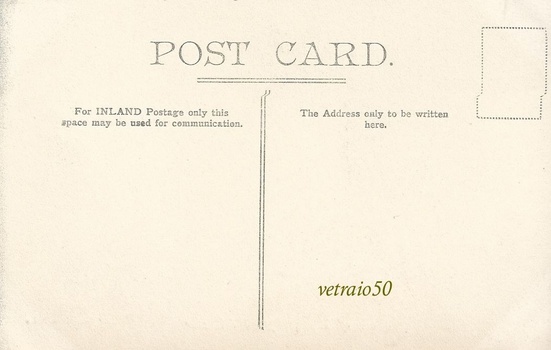 The Romans called the city of York: Eboracum.
To the Anglo-Saxons it was Eoforwic.

The Vikings arrived in York (Jorvik) in November 866.
Ivar the Boneless & the Danish Vikings!

In the Domesday Book is mentioned an English thane named Ulf, who, in the reign of Edward the Confessor, had held large possessions in Northumbria, which, at the time of the Domesday Survey, had become the property of the see of York. It is further stated, that large territories which were held by the Archbishop of York, at the time of the Conquest, had also been owned by this same Ulf. Ulf gifted some land on which the current Minster stands to the Chapter of York.

The Horn of Ulphus was the deed of transfer.

It remains with the Minster today.
A 1000 year old treasure.
Visitors to the Minster are able to pick it up!
Not really!
You can pick up a weighty replica.

It's actually a portion of a large tusk of an elephant.

It has been preserved in superb condition. The mounts in silver however are replacements. It has two bands, one near the thinner end and the other at about a fifth part of the length from the thicker end. The Cromwellians stole the horn and stripped it of its ancient gold ornaments, but it was may years afterwards judiciously remounted with silver and standing on silver feet, by Lord Fairport and restored.

It is a real treasure. It is of the few surviving artefacts from the beginning of the eleventh century, believed to have been carved by Islamic carvers in Salerno.

It had travelled some distance then to Jorvik to the lands of Ulf. Ulf owned large estates around York and throughout Yorkshire. But the story goes that Ulf happened to overhear his two sons Archil and Norman discussing how they would divide up his land after his death.

"Fired with indignation he jumped on a horse and rode hot-haste to York. He took with him a beautiful horn which had come from the Holy Land and was said to be already a thousand years old. Arrived at York, he presented his lands at Salton and Brawby, and also some other manors, to York Minster. Probably, when he made the gift, he filled the horn with wine and drank the contents “to God and to St. Peter”. Ulf left his horn at the Minster. It was regarded as a pledge of the gift of land. Today in the chapter-house at York you can still see the horn of Ulf. It is of ivory, made out of an elephant’s tusk, and curiously carved. It bears an inscription, “Ulf, a prince in Western Deira, gave this horn with his lands”."

"The band of carvings is about four inches in width, and there are four chief figures. One appears to be an unicorn performing the act that, in the credulous natural history of long ago, it with its one horn, and so fixing itself and being at the hunter’s mercy. The unicorn is the symbol of chastity. At the other side of the tree is a lion killing and devouring a deer. Next, facing another tree with palmated leaves and grape-like fruit, is a gryphon, a creature having the body of a lion and the head and wings of an eagle. At the other side of this tree, and facing the gryphon, is a similar monster, which has, however, the head of a dog or wolf. The lion’s tail is foliated, while those of the winged beasts end in ludicrous dogs’ or wolves’ heads. Three wolves’ heads, collared, rise from the ground-line, and a wolf runs in the upper part, and it is not unlikely that Ulphus (or Ulf, equal to our word wolf) is so hinted at. The form of the animals, especially whose which have wings, are Assyrian in feeling and treatment, while the treatment of the trees still further adds to the opinion that the horn is not a specimen of European carving."

This a card from the Valentine's Series.