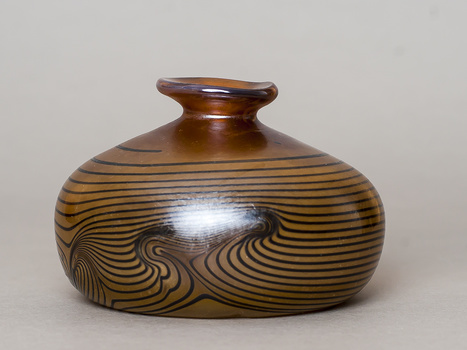 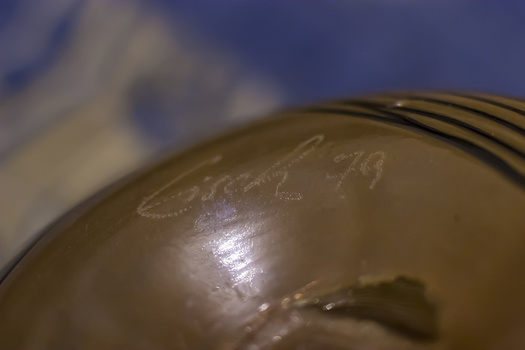 I have wanted a piece by Eisch for some time and did not get it until now because they get quite pricey at auctions, fortunately for me this small piece did not get as much attention as it deserves, and I got it at very reasonable cost. Eisch is one of most collectable contemporary glass artists of Germany.

Free-blown work of the 1960s and '70s[edit]
Although many of Eisch's pieces of the 1960s and '70s was rooted in functional forms such as the vase, the bottle, the pitcher and the stein, the usefulness of these vessels was never Eisch's goal. "The purely plastic form, with glass as medium, was a means of art free of an end," he wrote.[25]
Eisch described his own glass forms of the sixties and seventies as "poetic or pictorial realism." He made clear that such a realism did not rely on observable fact, but on his inner reality; his fantasies. As important as his reliance on fantasy was to shaping his art, his unwillingness to compromise personal vision to appeal to the marketplace was just as vital. Therefore his early pitchers, vases and teapots are so eccentrically shaped as to seem to be in the process of becoming, rather than being, commonplace objects. Unique and imperfect as Eisch's forms are, it is not much of a step for their creator to anthropomorphize them. Eisch said, "From a glowing inert mass must emerge things of beauty that are endowed with speech. A talent of innovating, creating animatedly, and the breath to blow are requisites. Without blowing nothing happens." [26]