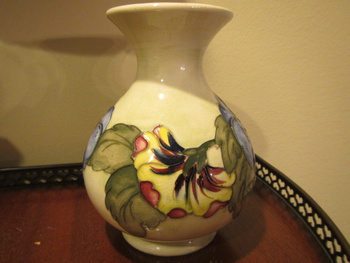 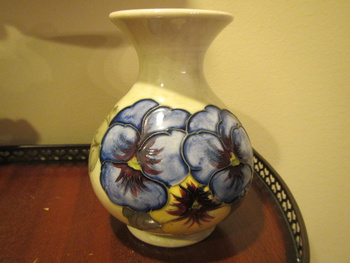 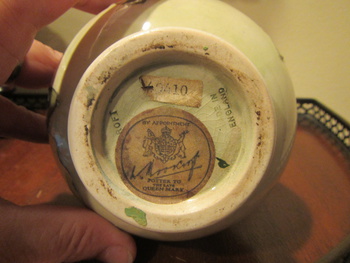 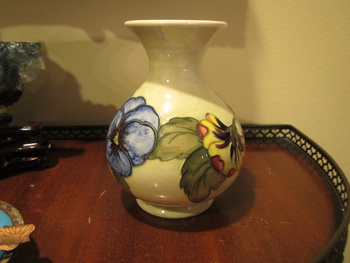 Oh it was a glorious digger hoarder sale! This house was jam packed! You would look carefully in a room, come back for sweep two after people had picked off a top layer, and there was more stuff.

Lots of the "collectables" were priced at retail. The obvious stuff. This gal doesn't pay retail to I passed on by...

Then, in the basement, I saw this little vase (6" tall) sitting on a ledge of the bare walls, and thought...that kinda looks like Moorcroft...BAM!! Why yes it is...

$3 since it was SO filthy they must have missed the marks (yea me!)

It is marked the Potter to the late Queen Mary. That dates it from between 1953 and 1978. 25 years after death ends the honor.

Believe this is a Pansy line

I bought a TON of stuff there, got a little carried away, but prices for the most part were so cheap. Do you think I am going back for 1/2 price day today! Hell yea!!!