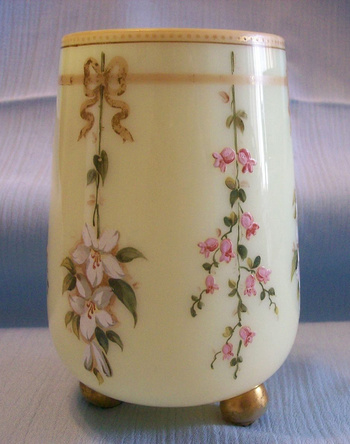 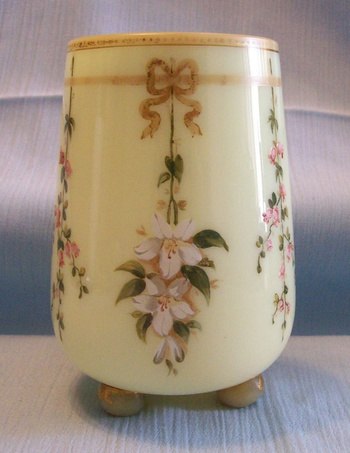 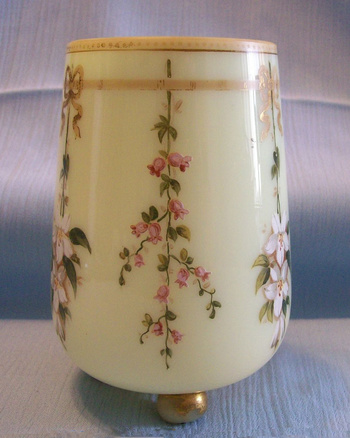 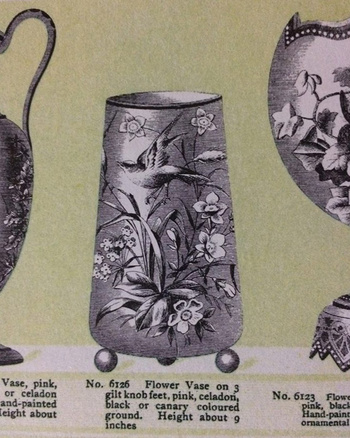 I fell in love with this vase when I saw its beautiful enamel work, pleasing shape, and little ball feet (I have a thing for ball feet on vases!) I believed it was by Harrach when I purchased it, based on its form and enameling, and both Warren & Alisa confirmed the identification for me. Warren was also kind enough to show me an illustration of a similar vase in a Silber & Fleming catalog; Silber & Fleming were located in London, England and were manufacturers and wholesalers of many products ranging from ceramics and glass (some Bohemian) to furniture and silverware. The vase in the image (see last pic) shows a 9" vase, while mine is a smaller version at 5" tall.

I have seen very similar examples in pink, celadon and blue, but not in the very pale yellow color of this vase. It is custard glass (which is very UV reactive), and Warren said that would put its production to about 1875-1880. I have tried out my black light on this vase and it glows very brightly - it even seems to have a faint glow of its own in plain daylight, which I find to be very pretty.