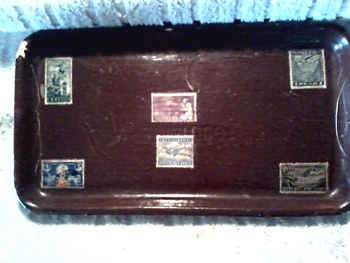 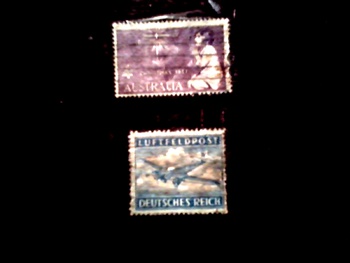 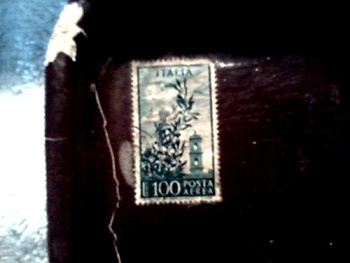 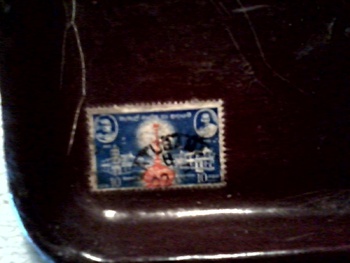 This was a really odd thing for me to buy, but I did. It was from the yard sale and I really didn't pay anything for it as it was part of a five dollar donation with a few glass items I found. I had hoped some of these were valuable but they're not. Actually that's good because they are pretty useless to a collector being encased under the thick coat of decoupage. I did look them up though and the most valuable one would have been the Italian air mail stamp which would be 3 dollars at most. All the others are under 2 dollars or less. Here's the list:
1949-52 100 Italia Posta Aerea , 1958 10 cent Ceylon, 1934 1 Peso Correo Aereo Chili, 1931-32 10 cent Republica De Cuba, 1957 4d Australia Christmas stamp. and a 1942 Luftfeldpost Deutsches Reich "Junker" Germany. I had fun looking them up, but I don't know what I'll do with them. -Mike-