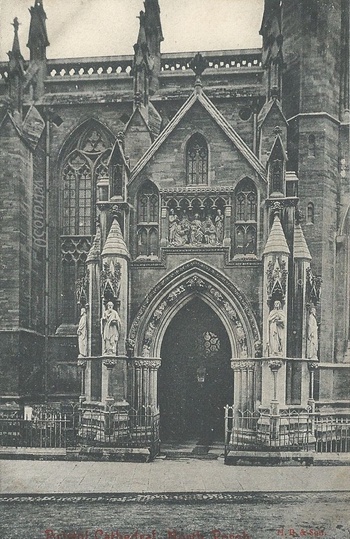 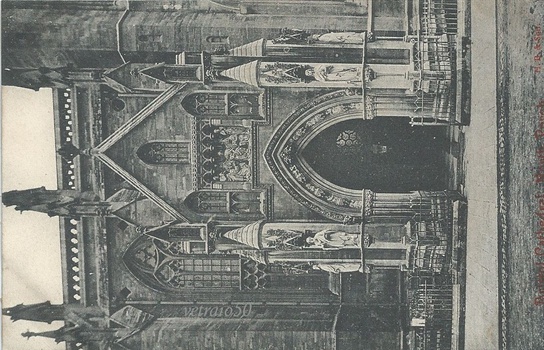 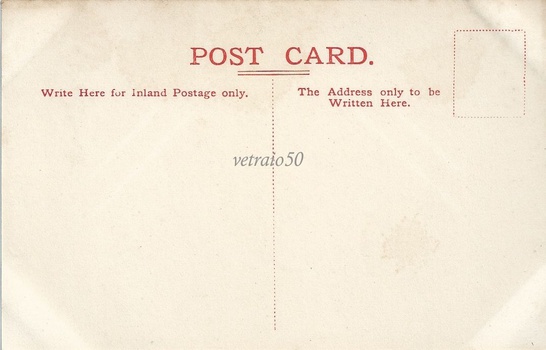 The Millers visited Bristol Cathedral in 1906. The cards I have shown so far do indeed show an interest in the Gothic Style. But why did they choose this card? The North Porch pictured here is not even an original section of the Gothic cathedral. It is part of a rebuilding project completed in 1877.

But the North Porch is a fine example of Gothic Revival.

It was designed by one of the great Victorian architects George Edmund Street.

William Morris was one of G. E. Street's apprentices!

In its time this restoration project was VERY controversial.

Was the Church of England becoming more Catholic? Papism!

This architectural restoration in the Gothic Revival Style caused a riot!

People took great offence at four of the statues created for the niches by the renowned sculptor James Redfern. The images were those of St. Gregory, St. Ambrose, St. Jerome, and St. Augustine. It made the papers soon after and there were demands for the removal of the images considered to be too "Papist"!

Someone had made some serious miscalculations!

A chapter meeting was held at Bristol Cathedral, at which petitions and protests were voiced against statues that had been placed in niches in the north porch of the cathedral. The statues, sculpted by James Redfern, depicted saints with their traditional attributes: The Virgin Mary, the Virgin Mary with Christ Child, St Gregory crowned with Papal tiara, St Ambrose carrying a triple scourge, St Jerome in a Cardinal’s hat and St Augustine carrying a burning heart. The figures led to some protesting by some Protestants who claimed that they were evidence for a creeping Catholicism in the Church of England. Without consultation the Dean engaged a gang of workmen to remove the statues from their niches. This brought about a series of protests from the architect G.E. Street who wrote to the Dean and the Guardian newspaper alleging that the Dean’s actions had damaged the statues and that the offending Catholic attributes could be easily removed. The statue 0f the Virgin Mary was badly damaged during the removal but others were repaired and removed by Street to the East Heslerton Church in the East Riding of Yorkshire". (The Bristol Book of Days by D G Amphlett.)

What we see in the card are four replacement statues - of four Evangelists.

As you can see the Virgin and Child above the door has been defaced.

The original statues of the offending saints St. Gregory,
St. Ambrose, St. Jerome, and St. Augustine are still at East Heslerton. I have only seen a photo of one of them on the net but it shows clearly that these statues too suffered in the dismantling process.

George Edmund Street was a big name in the Gothic Revival Movement. He was involved with the restoration of York Minster as well as Bristol. He was Diocesan Architect to the cathedrals of Oxford, York, Winchester and Ripon. He also undertook considerable commissions abroad, including building churches in Rome, Constantinople, Geneva, Lausanne and America.